Home/Zhanshi (Troops of the Banner) 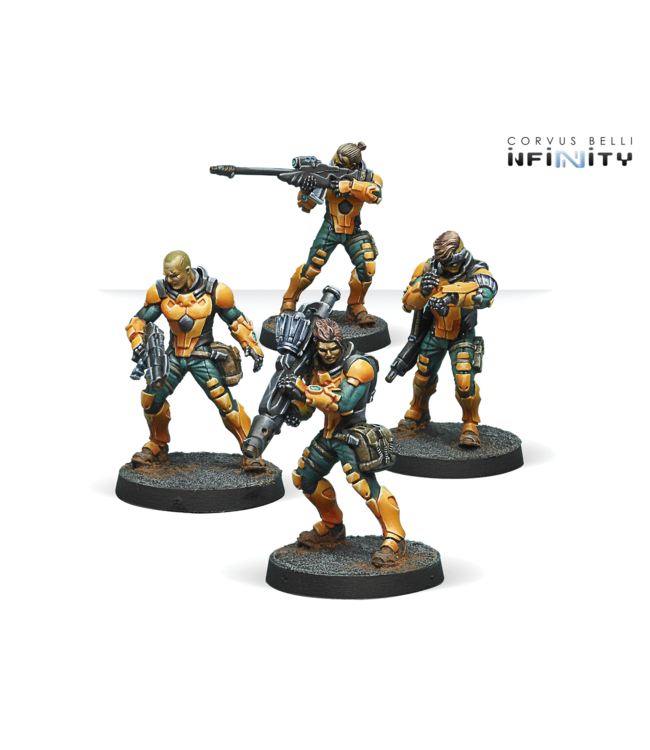 An Infinity unit box that provides all the weapon options needed. Now you have available four profile options of the main Light Infantry of the Yu Jing Army. The Zhanshi are disciplined troops, effective under enemy fire because they know it is their duty Read more..

The Yu Jing Ministry of State Defense has eight separate armies spread across the land, each identified by their distinctive banner. For this reason, they are collectively known as the Zhànshì Qízhì, Troops of the Banner. The Mandarin zhànshì (combatant), also used for individual Banner soldiers, can be traced back to the times of the People’s Liberation Army, and has become more widespread than the traditional bīng (soldier). The Zhanshi are the core of the army, the most important general purpose light infantry corps, and they take part as regular troops in most joint operations and offensive deployments. They also form the defense garrisons of border cities and settlements. One of the features of the training these soldiers receive is the cardinal importance given to close quarters combat, something uncommon in other regular armies. The Zhanshi are the anonymous heroes of Yu Jing: disciplined troops, comfortable under enemy fire because they know it is their duty to bear the brunt of all military operations.

Zhanshi (Troops of the Banner)

An Infinity unit box that provides all the weapon options needed. Now you have available four profil..