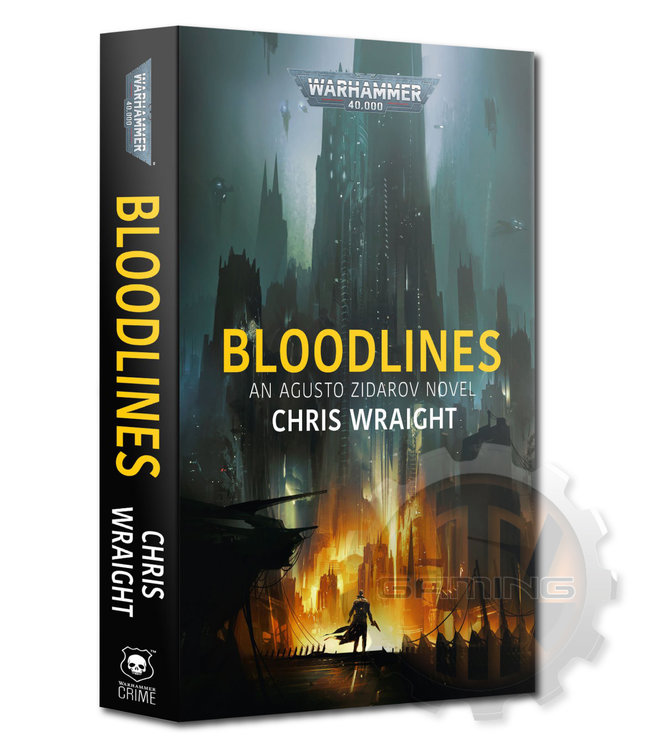 A Warhammer Crime novel
Written by Chris Wraight
Delve into the murky underworld of the 41st Millennium Read more..

An investigation into a missing member of a wealthy family leads Probator Agusto Zidarov into a web of lies and danger amidst the criminal cartels of Varangantua. As the net closes in, Zidarov falls further into darkness from which he may never return…

READ IT BECAUSE
Take a step into the murky underworld of the 41st Millennium through the eyes of a lawman in a gargantuan city whose investigation leads him into darkness and danger.

THE STORY
In the immense city of Varangantua, life is cheap but mistakes are expensive. When Probator Agusto Zidarov of the city’s enforcers is charged with locating the missing scion of a wealthy family, he knows full well that the chances of finding him alive are slight. The people demanding answers, though, are powerful and ruthless, and he is soon immersed in a world of criminal cartels and corporate warfare where even an enforcer’s survival is far from guaranteed. As he follows the evidence deeper into the city’s dark underbelly, he discovers secrets that have been kept hidden by powerful hands. As the net closes in on both him and his quarry, he is forced to confront just what measures some people are willing to take in order to stay alive…

A Warhammer Crime novel
Written by Chris Wraight
Delve into the murky underworld of the 41st Mille..