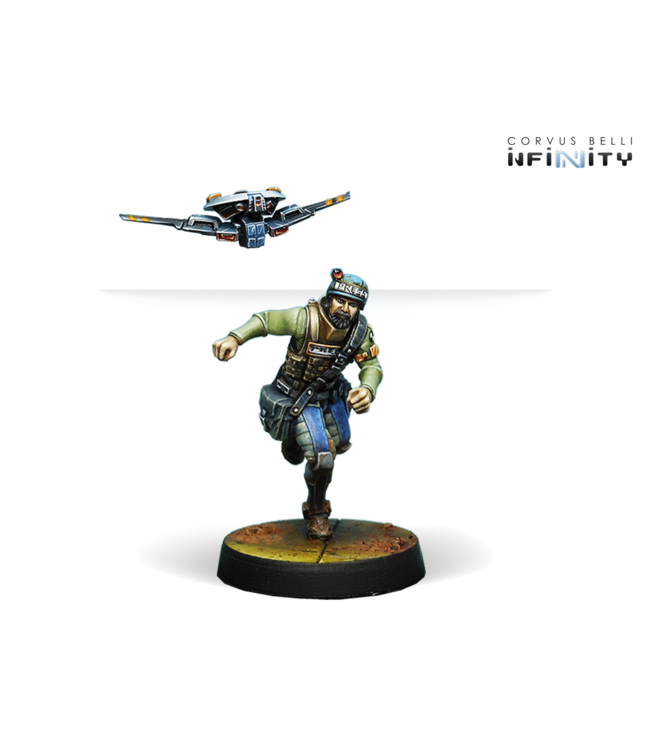 The War Correspondents are seasoned field reporters who will do anything to get a scoop. This mercenary unit is especially useful when playing a campaign, but also if you’re playing a mission. Thanks to their remote Aerocam, the Warcors have a 360º vision Read more..

The War Correspondents, or Warcors, are professional journalists willing to pass through cross-fires to get the most exclusive news or the most shocking images. The whole of Maya vibrates with their chronicles, sent from the battlefront, transmitted while they crouch in the midst of a bombing or while bullets whistle over their heads. Viewers love to see the image wobble while the remote camera shakes from the impacts of hostile fire. All this conveys the epic nature of the profession; an adventurer’s job, one for unarmed warriors. Because when a reporter joins a military unit, they have to confront the same threats as its soldiers; ambushes, booby traps, snipers, automatic fire… every possible combat danger. That’s why being a war correspondent is to be part of a brotherhood with one of the highest rates of heart disease, due to tension and a frenzied pace, and of divorces, for always being a long way from home. But this is a calling more than just a job - no reporter does it for the money, but for the risk and the recognition of a profession as epic as it is cinematographic.

The War Correspondents are seasoned field reporters who will do anything to get a scoop. This mercen..