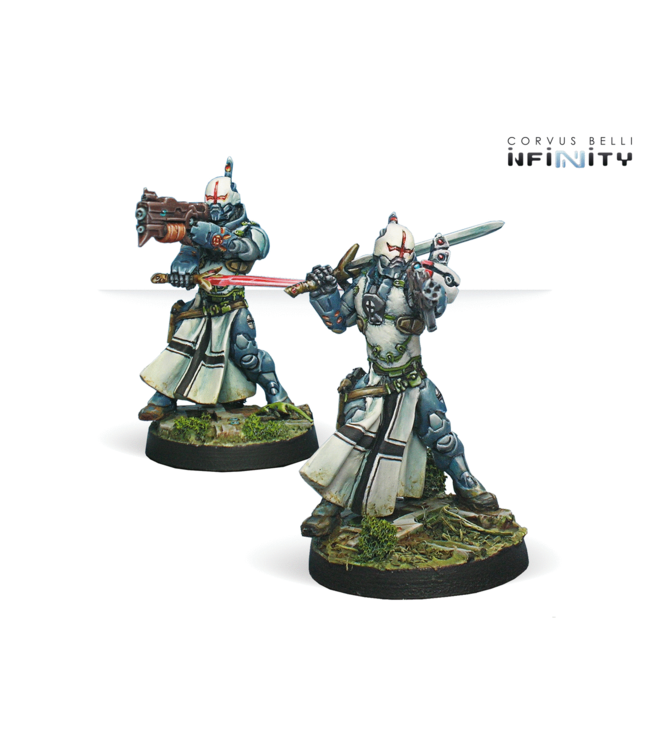 The Order of the Teutonic Knights of Saint Mary of Jerusalem was created by papal bull on the eve of the NeoColonial Wars. Their mission was to be the spearhead of the Holy Church in border and contested territories, defending the sacred rights of the Christian Church through force of arms. The Teutons were initially stationed on Paradiso, where they were involved in the NeoColonial Wars, and later distinguished themselves against the forces of the alien Combined Army. It is unusual to see Teutons outside of Paradiso, though gossip about them has spread across the Sphere. Word is that they are gloomy and somewhat savage, that their operational base is on the Northern front, fa