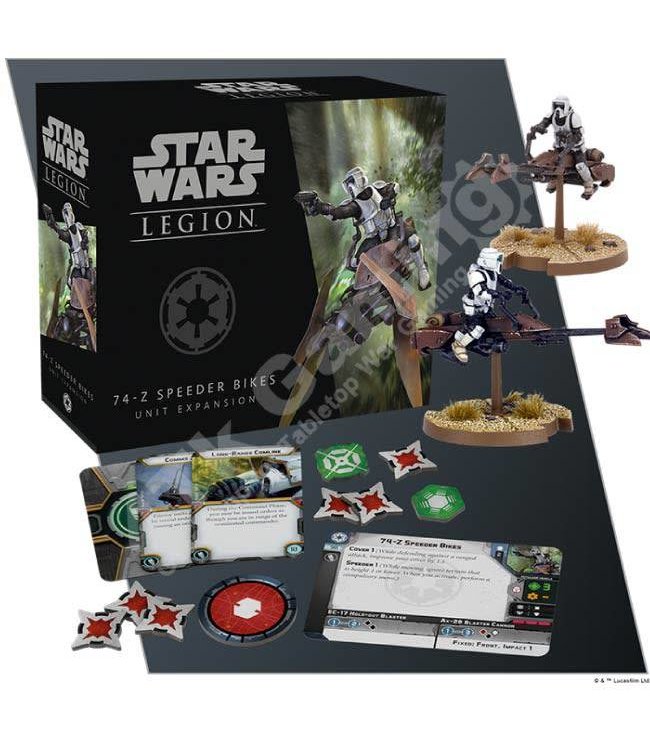 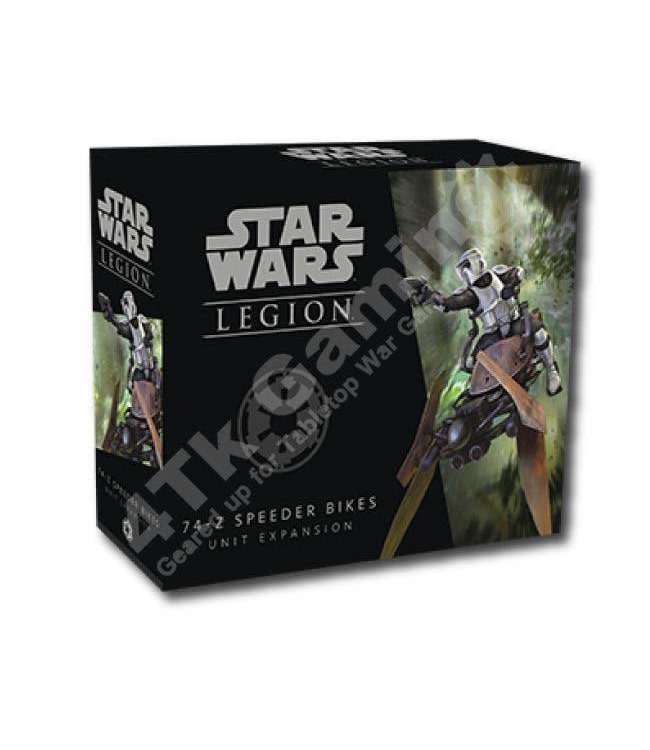 The howl of a 74-Z Speeder Bike racing past is not something that’s easily forgotten. The Empire commonly uses these speeder bikes for scouting and reconnaissance missions, but they can also be deployed to terrifying effect on the battlefield, where their sheer speed often prevents the enemy from taking a clean shot.

As a unit capable of racing across massive swathes of the battlefield in a single round, the 74-Z Speeder Bikes are a crucial part of any Imperial deployment. Since they’re often ranging the far edges of the battlefield or flanking the enemy, a Long-Range Comlink is an undeniable boon, enabling you to issue orders to your Speeder Bikes even when they’re on the far side of the map. Alternatively, you may choose to equip these fast-moving vehicles with a Comms Jammer, preventing nearby enemies from receiving orders and potentially throwing your opponent’s plans into disarray!