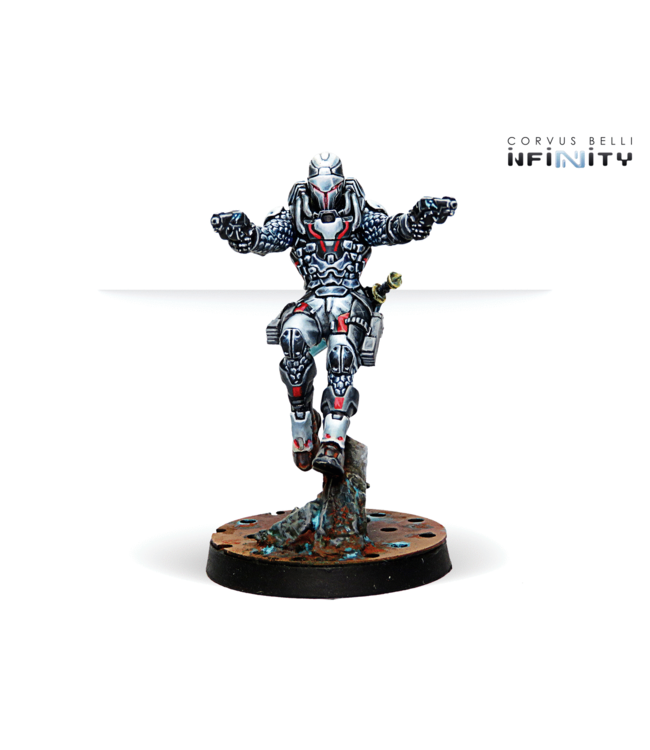 This blister includes one Perseus. If you want to give a “punch” to your Tunguska lists, Perseus is your man. Lethal in close combat, his Optical Disruptor will make him difficult to hit with enemy fire and his Smoke Grenades will cover the advance of you Read more..

Perseus, the Myrmidon who chose to live to keep fighting instead of commit suicide to avoid a Sepsitorization which, finally, never happened. Considered a traitor by his former brother in arms, Perseus has offered his sword in the service of the Nomads, alongside whom he has demonstrated he is still one of the best assault operatives in the Sphere, created for war and destruction.

This blister includes one Perseus. If you want to give a “punch” to your Tunguska lists, Perseus..