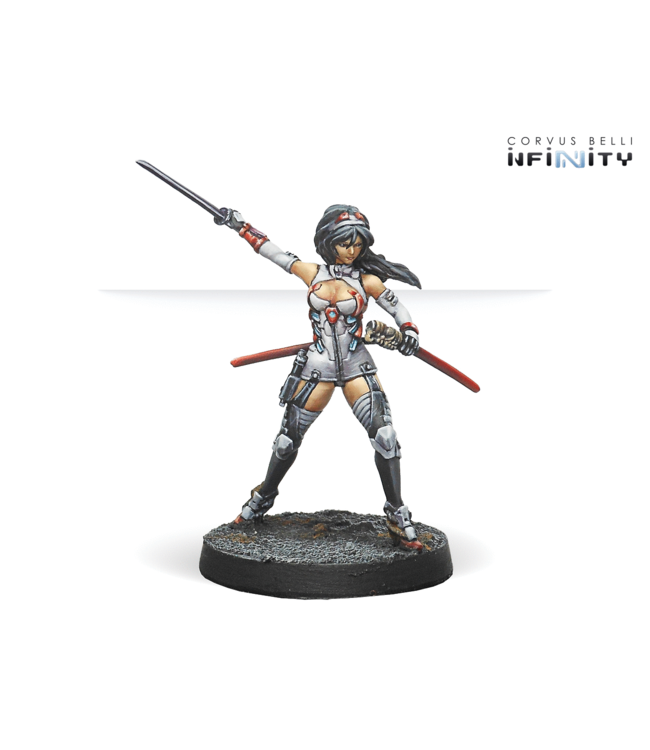 This is the TAG Pilot for the O-Yoroi Kidobutai of the Japanese Secessionist Army Read more..

If the ancient O-Yoroi were the heavy samurai armor, the current ones are TAG units whose design is halfway between enhanced armor for its agility and lightweight, and a single-person light combat vehicle for its resistance and firepower. In order to differentiate themselves from their Chinese competitors, the Japanese military industry has bet on the criteria of mobility and lightness when creating their armored units. Military analysts have predicted that upcoming war conflicts will primarily take place in urban settings. This doctrine has led to the philosophy of the Ten No Bushi Program for the development of JSA combat technology regarding the design of the O-Yoroi. Japanese engineers have created a TAG specifically adapted for urban combat incorporating hand-to-hand combat routines and close defense weaponry. Depending on the capabilities of their machines, O-Yoroi Kidobutai (お鎧 機動部隊, Mechanized Mobile Regiment) pilots emphasize training in close combat techniques and sword handling, making them true mechanical samurai. But it is their audacity, their fierce attitude, and their ideal of "honor upheld by the blade of the katana" that makes them truly admirable. The O-Yoroi have shown an unbreakable determination in combat that not even the kami, Japanese gods, could distract them from their target, always leading the attacks and direct application of force operations.