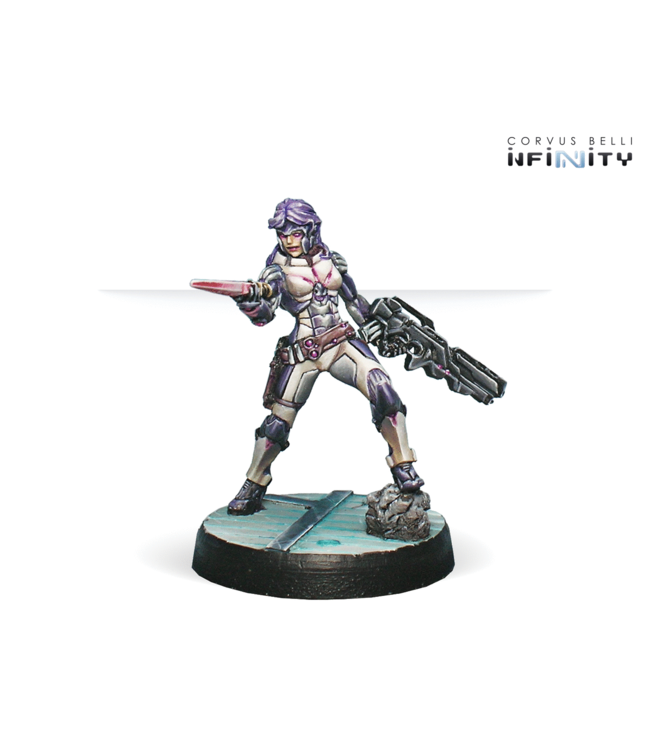 The Myrmidon officers are a lethal assault force belonging to the ALEPH army. They are warriors who never shy away from battle. In addition to this, it can be part of a special fireteam. Read more..

The Myrmidon Officers have been created to lead the most effective and fierce assault troops in the Human Sphere. Or they have been chosen from the amongst best and most prominent of the Myrmidons to become their champions. However, it doesn’t matter which one of these two statements is truest, because both are part of ALEPH’s plan. The Officers are warriors of such quality and courage that they are worthy of having fought side by side with the legendary heroes of the Trojan War. The Myrmidon Officers are the muscle and the tendons of the S.S.S. They don’t care about strategic subtleties, as they know when they reach the battlefield, their only mission, that they and their warriors have been created for, is to destroy the enemy and win the battle. Because, when the dust settles, it may be ALEPH who claims victory but in fact, these warriors, with their strength, their combat instinct and their leadership, were the ones who achieved the glory.

The Myrmidon officers are a lethal assault force belonging to the ALEPH army. They are warriors who ..