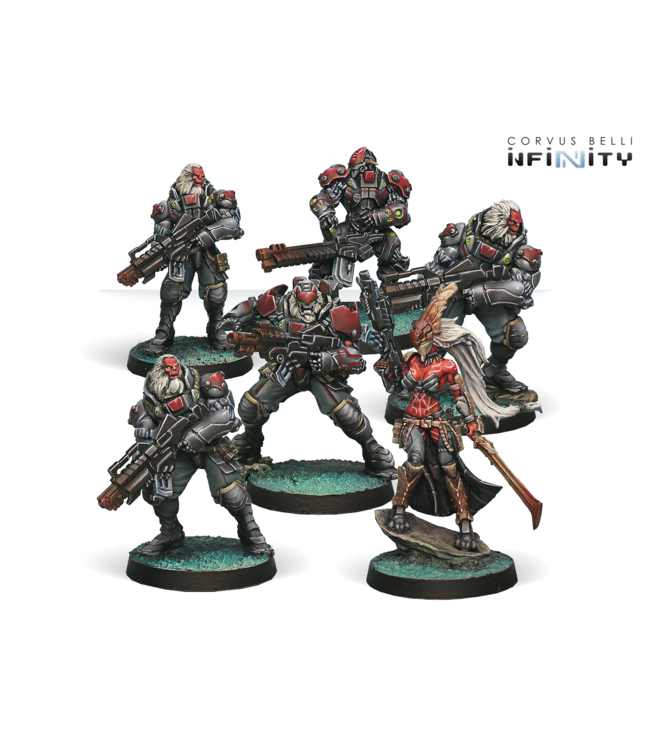 Totally new and almost unexpected! This time, the Sectorial Starter is not a compilation of previously released models, but a box of totally new ones! The Morats were one of the oldest models of the Infinity range and they deserve a new sculpt updating th Read more..

The constant state of war in which the Morat Supremacy lives provides an unequaled military experience. The long tradition of victories by the Aggression Forces gives all Morat regiments and units an absolute confidence in their martial capabilities. These capabilities are acquired by direct action and tested in the forge of fire and combat. The Morat are persistent in their attacks and show special capabilities for urban and night combat. Their characteristic brutality and violence qualifies them as exceptional storm troops without comparison in the Combined Army.

Totally new and almost unexpected! This time, the Sectorial Starter is not a compilation of previous..