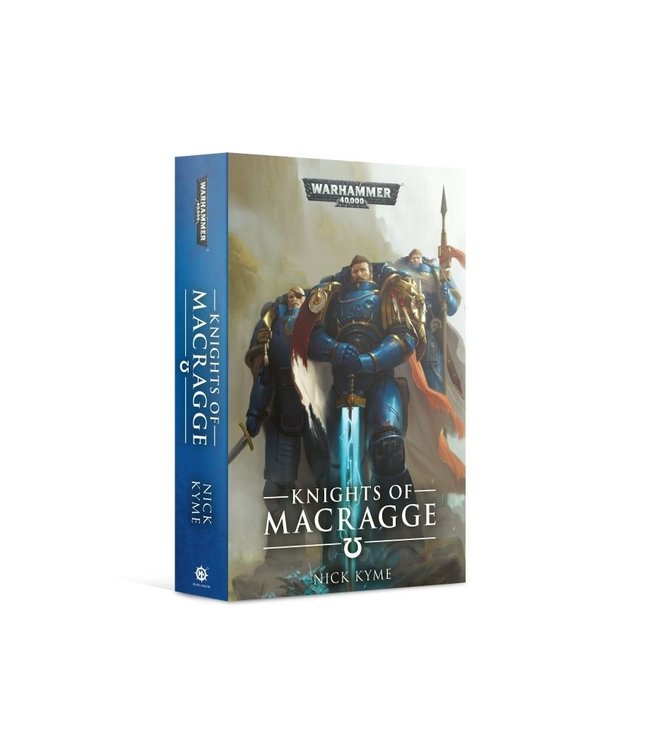 An Ultramarines novel
Written by Nick Kyme
Discover what happened when Sicarius was lost in the warp Read more..

An Ultramarines novel Cast adrift on the tides of the warp, Ultramarines Captain Sicarius and his warriors come across a world plagued by a terrible foe – but if they stay to defeat this enemy, what will be the cost?READ IT BECAUSE Captain Sicarius returns in a new novel from the author of Fall of Damnos! For the first time, discover what befell Sicarius when he was lost in the warp, and how he survived…THE STORY The primarch Roboute Guilliman of the Ultramarines has returned in the galaxy’s hour of need, and all muster to his Indomitus Crusade to hold back the darkness. Amongst these heroes is Cato Sicarius, Master of the Watch and vaunted captain of Second Company. Disaster befalls Sicarius and his brave warriors as their ship, the Emperor’s Will, is lost to the hellish warp, its entire crew believed slain. But Sicarius endures, though he and his men are fighting for their very survival against the denizens of the Great Rift – the daemons and renegades of Chaos. Cast adrift and war-weary, hope appears too distant to grasp until the storm breaks at last and a strange world beckons. As the captain and a band of his chosen warriors descend to the surface seeking aid, they find an isolated land seemingly from an ancient era, one plagued by a terrible enemy. Sicarius will not see this world suffer, and pledges his warriors to the world’s cause, determined to save it, whatever the cost… But what is the dark secret harboured here, and what will it mean for the Ultramarines if they uncover it? Written by Nick Kyme

An Ultramarines novel
Written by Nick Kyme
Discover what happened when Sicarius was lost in the wa..