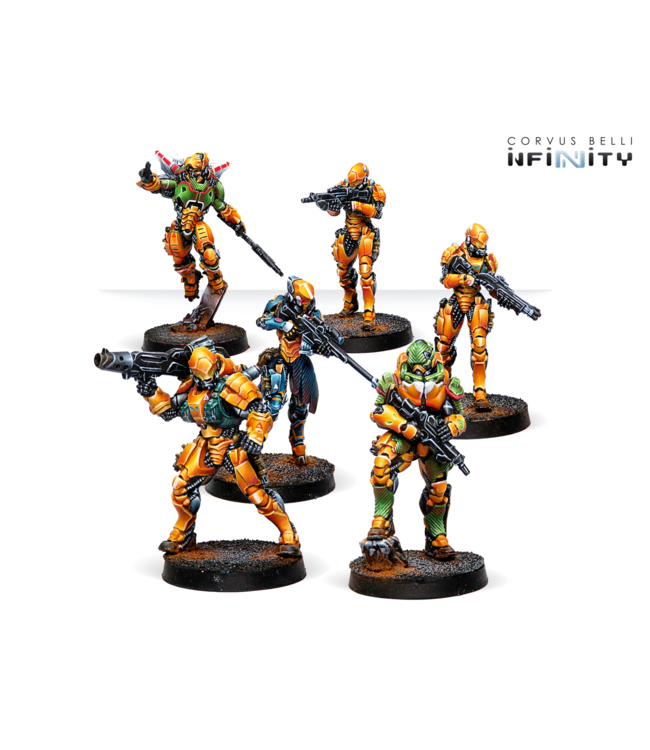 This Starter Pack is the best choice to start collecting, providing the core units of any army list: One Zúyŏng with Missile Launcher, one Zúyŏng with Combi Rifle, one Zúyŏng with Boarding Shotgun, one Liú Xīng Hacker, one Dāoyīng Sniper and one Haidào Co Read more..

The Invincible Army is a force characterized by employing a wide range of specialized Heavy Infantry units as the heart of its entire operational approach. A real symbol of the Yu Jing’s military that truly seems invincible in battle.

This Starter Pack is the best choice to start collecting, providing the core units of any army list:..