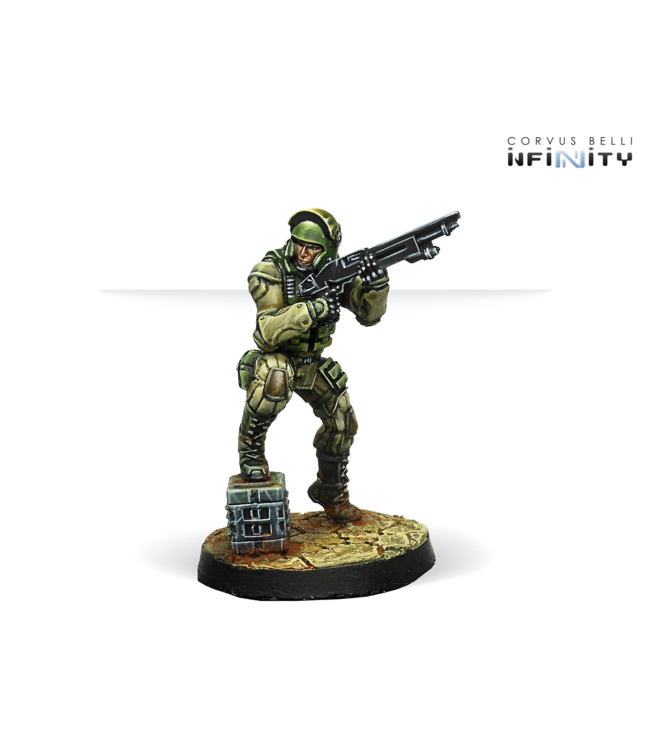 The Commercial Conflicts proved the need for an intelligence agency under direct command of the Stavka, the Ariadnan High Command. The external enemies had multiplied and any one of the great powers of the Human Sphere was more powerful and had better resources than Ariadna dared imagine. That is the reason why the Intelligence Department of the Stavka started to recruit all the promising operatives found amongst all the Ariadnan forces, no matter their nation of origin, as the enemy was a common one. Since that, when a Grunt proves his tactical capacity and talent for subterfuge, he is claimed by the Department, becoming an Intel, an Intelligence operative of a special type. Working in secret for the Ariadnan three-colored flag, but also for the USARF, the Grunt Intels will do anything to protect their nation from any enemy. And on a planet that is just a big savage frontier, where quick and expeditious decisions are the ones that keep you alive, the expression "anything" acquires a special meaning.

Infinity Spec-Ops have no troop profile in the Army Lists, however they are the perfect proxies to u..