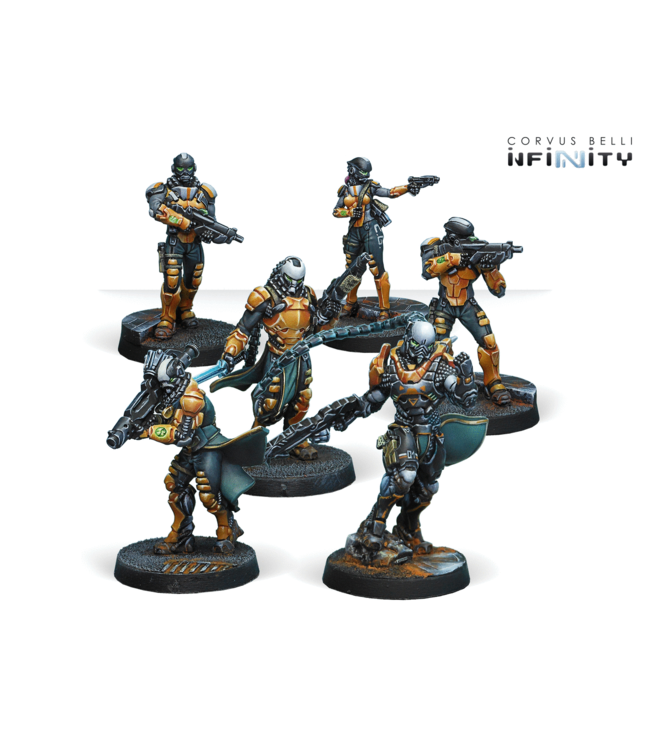 Yu Jing’s Judicial Corps, in its authorized mission of protection and Law and Order enforcement, has a tactical wing for special tasks known as the Imperial Service. This section is the one in charge of carrying out tasks of internal defense, civil and military security, including anti-terrorist and anti-subversive actions.
The Imperial Service is under the direct control of the Emperor, and is considered his representation on the streets or in battle. On the operational level, the armed wing of the Judicial Corps can act fully integrated into the organizational structure of the army or as an independent intervention force.
The Imperial Service has a black reputation as a military corps because of the moral standard of its units, a mix of infamous penal regiments with police and paramilitary units sadly famous due to their lack of scruples and preference for drastic solutions.
Nevertheless, the effectiveness of this military body in the execution of its missions cannot be denied. Aside from the crudity of its hard and severe methods, or maybe because of them, the Imperial Service knows how to take control of any situation in which it may be involved and stands as a fearsome enemy; the claws with which the Dragon destroys the enemies of Yu Jing.

This Starter Pack is the best choice to start collecting, providing the core units of any army list:..