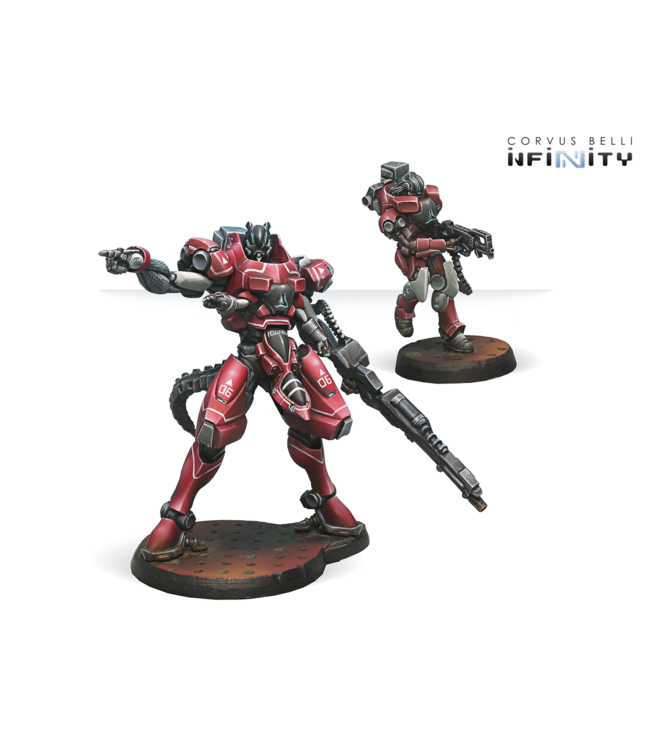 One of the most eagerly awaited releases for Nomad players. Here is the charismatic T.A.G. from Corregidor. Absolutely distinctive thanks to its Ejection System: when this warmachine is severely damaged it ejects its operator, who can keep fighting as a H Read more..

The Tactical Armored Gear of the Iguana squads is not the best or newest that can be found on the market, but it has strong mechanical systems and is easy to repair on campaign. In addition, it has received an optimization package developed in Bakunin. The Iguana is one of the few TAGs to incorporate a pilot ejection system, a Praxis experimental technology that improves the survival chances of the obsolete Iguana-class TAGs. The pilot’s ejectable armor provides high anti-ballistic protection and, more importantly, allows him to carry the Iguana’s main weaponry. Thanks to this system, a pilot can quickly move away from a fallen TAG and remain as an active element in its combat forces. To take maximum advantage of the possibilities of these armored units, the Iguana squad emphasizes the physical and mental training of their pilots. The Nomad Military Force is assured that Iguana’s combat success has always been based on its aggressive spirit and its pilot’s technical skills. Used to facing technologically superior adversaries, their training and tenacity are responsible for levelling the playing field.

One of the most eagerly awaited releases for Nomad players. Here is the charismatic T.A.G. from Corr..