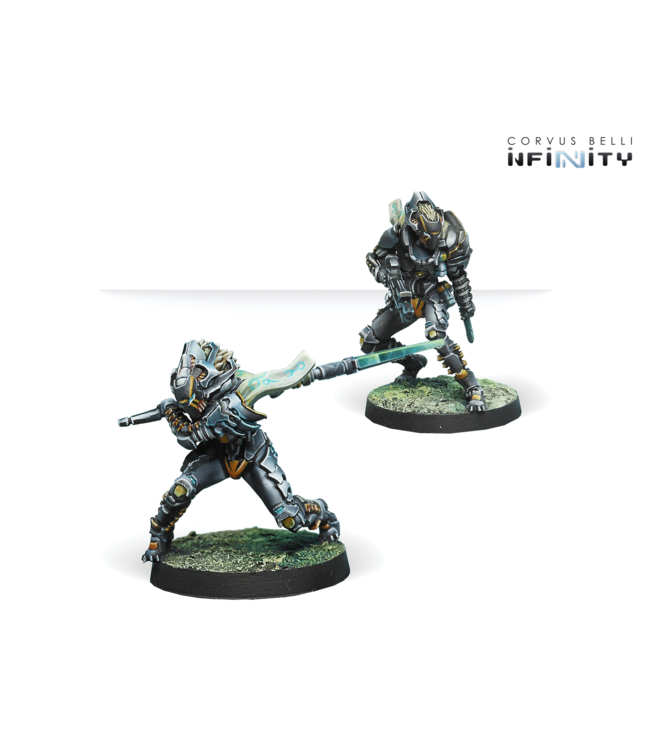 This is a repackaging of individual products into a single product. It is a blister with two miniatures that includes one Igao with Boarding Shotgun and one Igao with DA CC Weapon. Read more..

Vaarso Battlespeak notation: Igao, “minus zero”, the impossible number. In the Neebab Numerology this artificial number represents the esoteric connection with the world of shadows and is the perfect name for a secret assassination unit.
Few people see an Igao and live to tell about it. Usually they just glimpse a shiny blade, followed by the eternal darkness. This is because the Igao are the killing ghosts of the Tohaa Trident. This is a clandestine team conceived to perform black operations, which is the reason why their members cannot leave any trace or witnesses. Some say they are an urban legend, but not the professional intel analysts, who doubt an Igao can be defeated. As they say, the only way to survive one of these assassins is to always keep below his radar and never face him.

This is a repackaging of individual products into a single product. It is a blister with two miniatu..