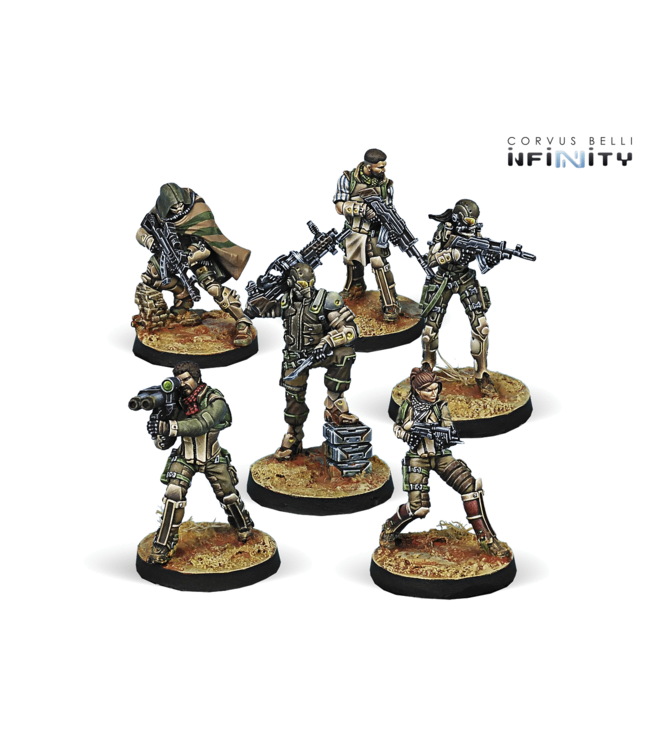 The mysterious Hassassin Society watches for the appearance of new threats against Haqqislam and human knowledge, in the name of the Old Man of the Mountain and in the service of Faith and the Hachib, the Haqqislamite President.
To do so, the Hassassin Society has established a branch dedicated exclusively to Military Intelligence, working directly with the Haqqislamite Army. The work of this section, known as the Hassassin Bahram or just Bahram (in Farsi, Persian, بهرام meaning “victory” or “victor”) is to apply the abilities of the sect in support of the Sword of Allah, the Army of Haqqislam.
The function of the Hassassin Bahram could be summarized as handling all the dirty jobs, the secret missions the army doesn’t want anyone to know about, and doing everything that is necessary to be able to win. Nevertheless, its specialty and preference are operations requiring direct enemy contact, those in which its true nature is revealed, clearly stamping the unmistakable seal of maximum lethality so characteristic of the Hassassin Society.
The Hassassin field operatives, the true Assassins, are terrible and precise specialists in several combat techniques. Each unit has a different initiation level inside the Society, but they are all lethal demons who think of themselves as angels. As Hassassins, they hold to their own excellence and justify the most horrible acts as a superior need, dictated by the Heavens, of which they are no more than mere instruments.

This Starter Pack is a totally new re-sculpt of the previously released version that it will replace..