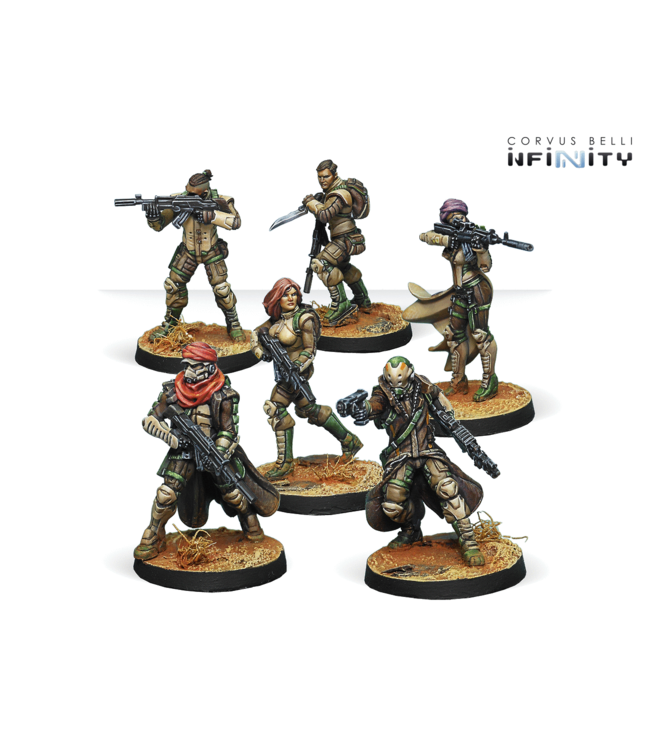 This Starter Pack is the best choice to start collecting a Haqqislam army, providing the core units for any army list Read more..

Haqqislam, the New Islam, is a smaller power which possesses a single star-system only, Bourak. Separating itself from fundamentalism, Haqqislam bases its culture on an Islam which is humanist, philosophical and in continuous contact with nature. Biosanitary Science and Earthformation are the two major strengths of Haqqislam, which includes the best schools of medecine and planetology in the Human Sphere.

This Starter Pack is the best choice to start collecting a Haqqislam army, providing the core units ..