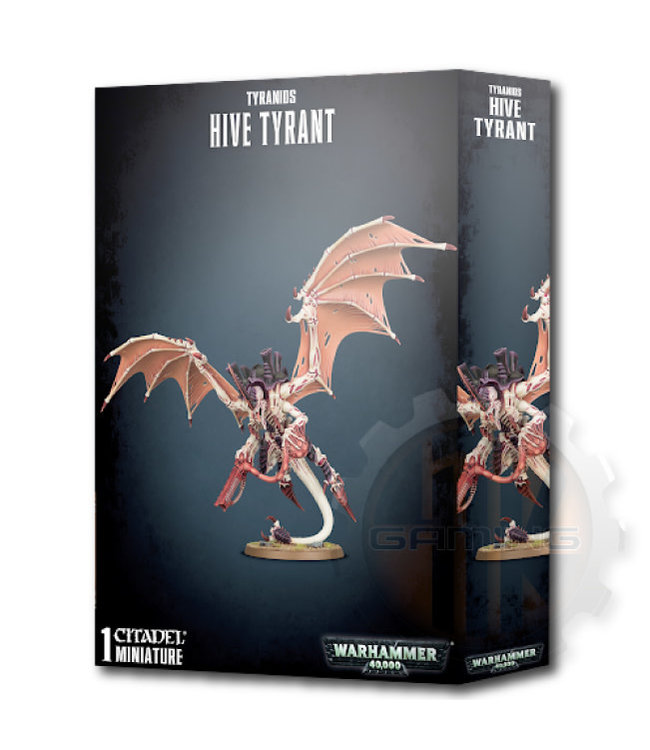 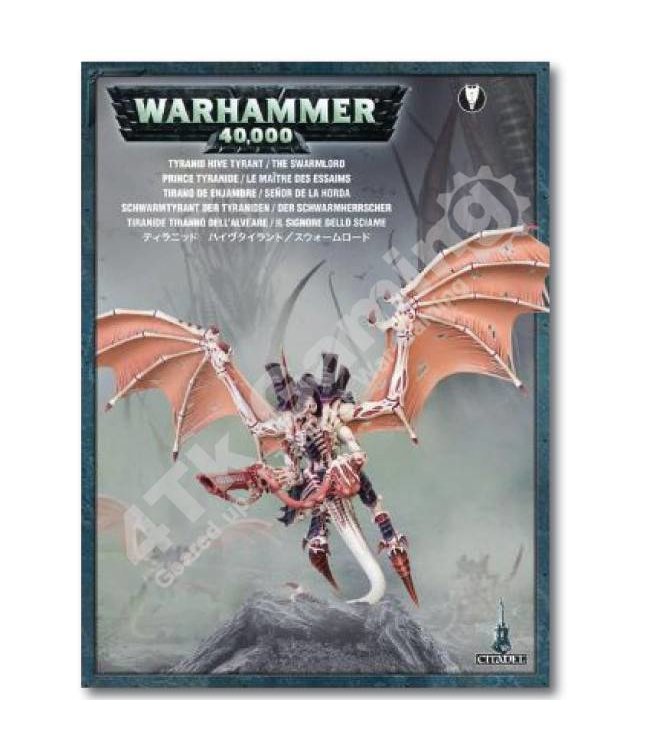 This multi-part plastic boxed set contains 59 components and one 60mm base with which to build one Tyranid Hive Tyrant or one Swarmlord. Read more..

Commanders of the Tyranid swarm, Hive Tyrants are the enactors of the Hive Mind's will. Massively powerful creatures, every part of their body is perfectly created to maim and kill.

The Hive Tyrant is an incredibly dynamic model, posed with monstrous, fibrous and ragged wings extended out wide and with only its serpent-like tail touching the ground, as if launching off into flight (or to pounce on its prey). Like other Tyranids, it has a distinctive chitinous shell with chimneys on its back, and a hideous skeletal underbody. The Hive Tyrant makes a striking addition to any Tyranid collection.

This multi-part plastic boxed set contains 59 components and one 60mm base with which to build one Tyranid Hive Tyrant or one Swarmlord.

The Swarmlord is as old as the Tyranid race itself, the very pinnacle of the Hive Tyrant bioform. It is a monster of darkest nightmare that has preyed on empires and overseen the extinction of entire civilisations.

The gruesome Swarmlord model possesses a warrior-like dynamism and makes a unique addition to any Tyranid collection. Like other Tyranids, it possesses a chitinous shell with chimneys on its back, as well as a hideous skeletal underbody. In addition, the Swarmlord wields immense weapons, and are plenty of options within the box for you to arm the model with a stranglethorn cannon or a heavy venom cannon.

This multi-part plastic boxed set contains 59 components and one 60mm base with which to build one Tyranid Swarmlord or one Tyranid Hive Tyrant.

This multi-part plastic boxed set contains 59 components and one 60mm base with which to build one T..