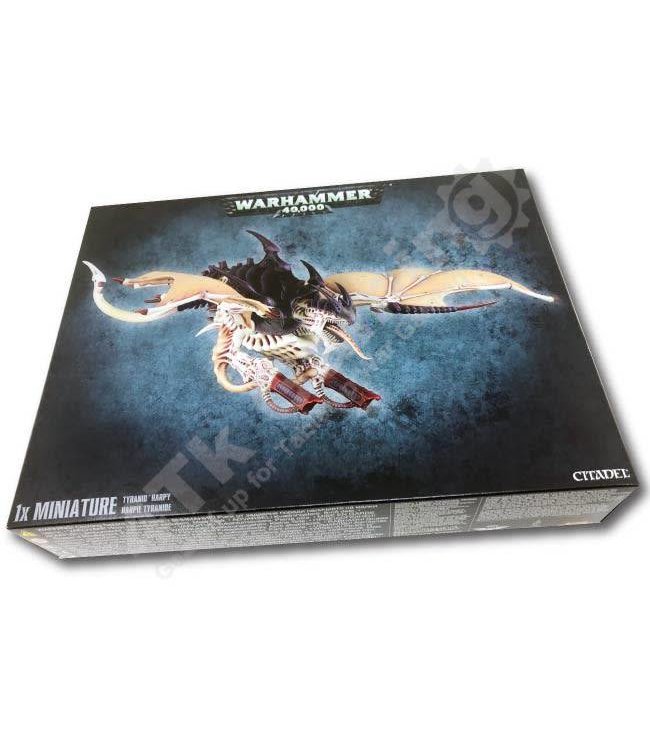 This plastic kit contains 69 components with which to make either a Harpy or Hive Crone. Read more..

Harpies are monstrous bioforms that fly with a deftness and agility unattainable by even the most sophisticated fighter-craft. As they soar overhead, they rain clusters of living bombs onto prey worlds and spit death from their forelimbs.

The Harpy can be armed with either a twin-linked stranglethorn cannon or twin-linked venom cannon. There is a unique head featuring a long tongue and head crest and its carapace is distinguished by a series of vertical fins. The tail points upwards and spore mine cysts can be added to the rear of the model. There are also 3 separate spore mines included, each of which has a unique design.

The Hive Crone is a flying monstrosity used by the Tyranids to establish air superiority over prey worlds. It is a creature perfectly adapted to aerial combat, able to wrestle enemy aircraft out of the skies.

The Hive Crone is distinguished by the delightfully disgusting, sack-fed drool cannon. The crest on its head also features a series of fins, whilst the body’s carapace sports a set of chimneys. There is also the option to add 4 tentaclids to the underside of the model.