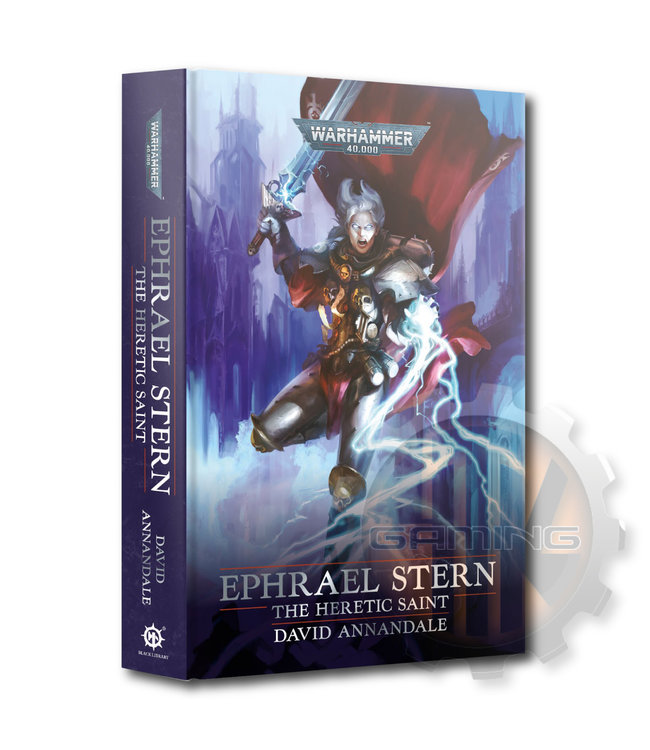 After centuries of strife guided by the Emperor's holy light, Ephrael Stern finds herself forsaken when the Great Rift dawns and the light is extinguished. When a mysterious stranger offers new hope, the Daemonifuge is thrown into battle once more…

READ IT BECAUSE
Catch up with Ephrael Stern, the Heretic Saint and living weapon against Chaos in a new novel that picks up the story of this classic character from Black Library's history and thrusts her into the Dark Imperium.

THE STORY
Throughout the tortured galaxy, Ephrael Stern is known by many names. The Thrice-born. The Daemonifuge. The Heretic Saint. Trapped deep within Imperium Nihilus following the coming of the Great Rift, the maligned Sister of Battle fears the Imperium is no more. The God-Emperor’s light, which has guided her through centuries of strife, has too extinguished. Seemingly forsaken, Stern is bereft until a mysterious stranger arrives, offering her a new destiny. One that might yet see the Imperium saved. Stern must prove herself worthy of the God-Emperor’s grace once more, lest a new threat greater than any mankind has faced before plunge humanity into a nightmare abyss of nothingness.

The return of Ephrael Stern!
Written by David Annandale
Discover Stern's struggles in the Dark Imp..