Home/Dawn Of Fire: The Gate Of Bones (Pb) 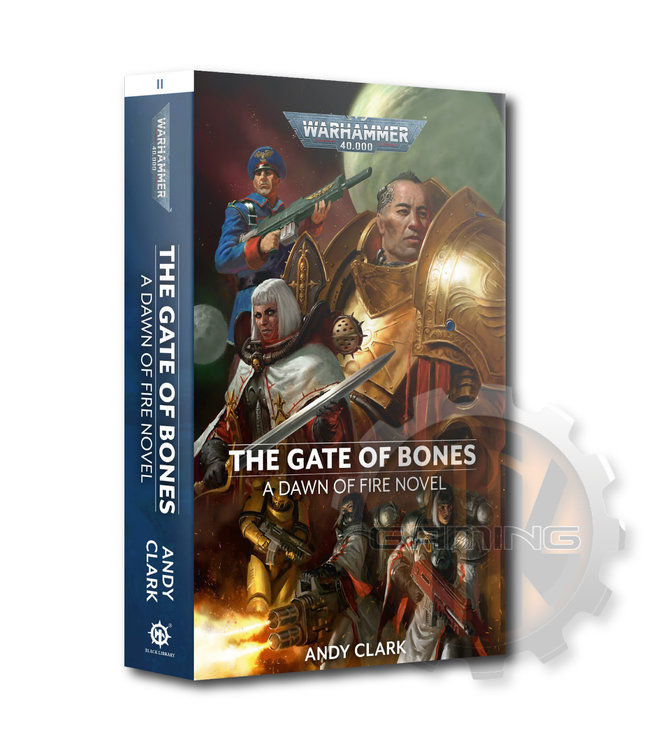 Book 2 of the Dawn of Fire series
Written by Andy Clark
The Indomitus Crusade faces Chaos on a shrine world Read more..

Book 2 of the Dawn of Fire series

As the Indomitus Crusade spreads across the Imperium Sanctus, the cardinal world Gathalamor is caught in the grip of war – but when an ancient evil is unearthed, the entire crusade is threatened…

READ IT BECAUSE
With the crusade in full flow, get your first look at the full scale of the horrors inflicted upon the Imperium and the determination of Guilliman to defeat them and reunite the Emperor's realm.

THE STORY
As the Indomitus Crusade begins, fleets of mighty warships leave Terra on a vital quest to stabilise Imperium Sanctus in the wake of the Great Rift. The returned primarch, Roboute Guilliman, leads a huge force towards the shrine world of Gathalamor, where stable warp routes will allow the flotilla to spread across the beleaguered southern half of the Imperium.

But grave tidings reach the Imperial Regent’s ears. Warnings from an ancient race, and eerie silence from the army tasked with holding Gathalamor until his arrival, lead Guilliman to send a reconnaissance mission to the world, at its head, Shield-Captain Achallor of the Adeptus Custodes.

Achallor discovers a world on the brink: a beaten Imperial force and sinister agents of Abaddon the Despoiler who have unearthed an ancient evil – a weapon that when harnessed not only threatens the primarch, but perhaps the holy Throne of Terra itself…

Dawn Of Fire: The Gate Of Bones (Pb)

Book 2 of the Dawn of Fire series
Written by Andy Clark
The Indomitus Crusade faces Chaos on a shr..