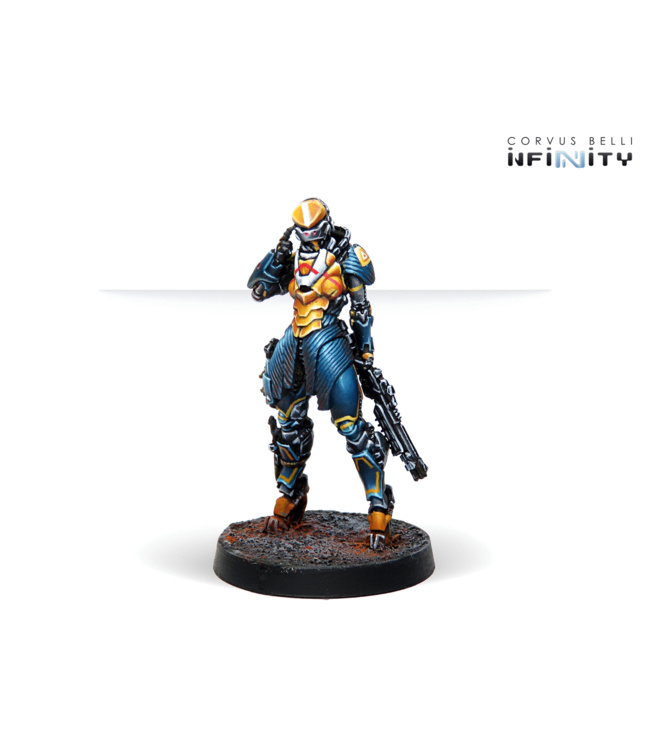 The members of the Operative Control Unit can maximize the performance of any troop under their command and are the gray matter of the Invincible Army, the true architects of their greatest victories. Read more..

The military reform carried out by Minister Tseng Huan that spurred the creation of the Invincible Army went far beyond the massive implementation of heavy armors. An army composed of high-value troops has to be able to consistently operate at maximum efficiency, and in the best possible tactical conditions, in order to avoid unnecessary risks and ensure that each action and each sacrifice counts. To accomplish this, it is necessary to have capable command officers to maintain control of the situation in the middle of combat. It was for this reason, in accordance with Tseng Huan’s reform, that the Military Academy of Polyvalent Command of Yīngwō was created. This military school, sponsored by Sun Tze himself, is part of the network of training centers that distinguish the Xuanzhong archipelago on the planet Yutang. Yīngwō is a tiny mountain town that lives up to its name (鹰窝, Falcons Nest) for being the natural habitat of the dāoyīng, the knife-falcons: small birds of prey with razor-sharp claws. These falcons would become the totemic animal of the troops licensed from the Military Academy of Polyvalent Command. Like these birds, the Dāoyīng are characterized by having an keen view of the operational context, and are able to identify all threats or opportunities that may arise in combat, while making the necessary decisions to block or exploit them, as appropriate and with total implacability. The members of the Operational Control Unit can maximize the performance of any troop under their command and are the gray matter of the Invincible Army, the true architects of their greatest victories.

The members of the Operative Control Unit can maximize the performance of any troop under their comm..