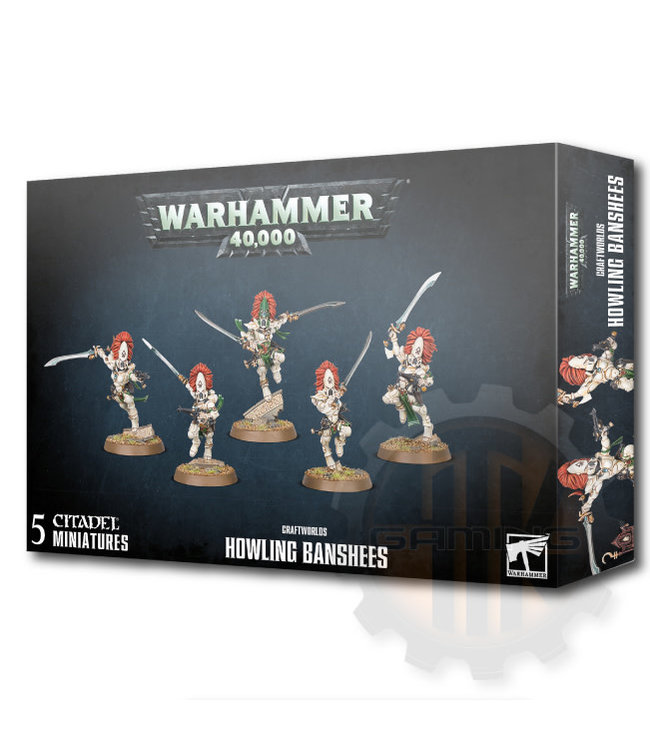 Howling Banshees are swift and athletic troops who are famously deadly in hand-to-hand fighting, and are renowned for their ability to strike down the foe before they can so much as raise a weapon to defend themselves. They are a predominantly female Aspect and what these fierce warriors lack in brute strength they more than make up for in precision and efficiency.

Add the fleetest of the Aspect Warriors to your army and chill your enemies to the bone with their blood-curdling screams. These howls that come from their iconic Banshee masks are often the last thing the members of the galaxy's upstart races hear.