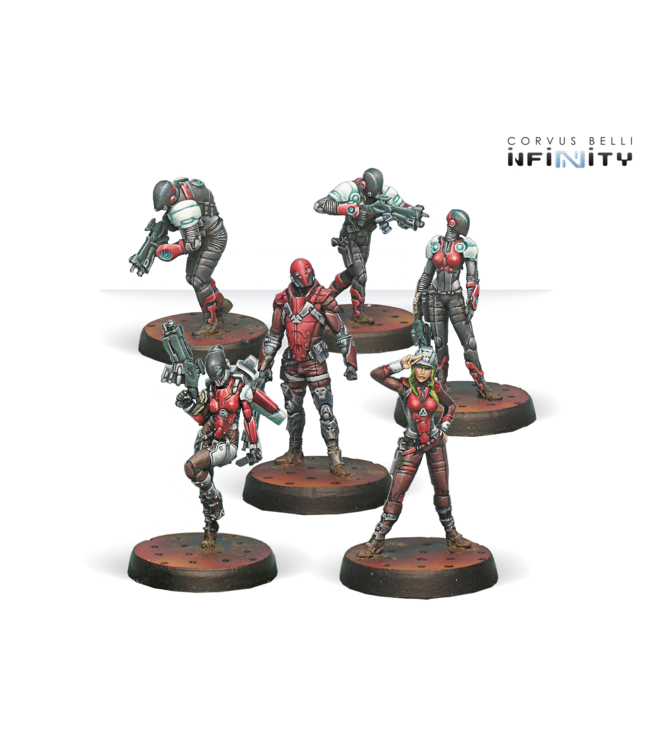 Foreign analysts are usually surprised by the lack of close order discipline and military ceremony shown by Corregidor forces, although they also indicate that Corregidor troops usually display martial skills superior to that of other powers’ regular troops. Each soldier is an expert in the essential principles of their military specialty, which they execute with rigorous self-discipline and surprising efficiency. Therefore, it’s not strange to hear those same analysts say that Corregidor has the toughest, most reliable, aggressive and tireless troops in the Sphere. This is because they are the outcasts. They are the guys of mud-rain-cold-and-void. The ones where “no-matter-the-shit-that-rains-on-us-we’ll-stand-fast”. The ones without glamour and hyper-sophisticated resources, but without whom wars are not won, be it working for their country or for those who can pay them.

A perfect Starter Pack to start playing with Nomads, within the Corregidor Jurisdictional Command. T..