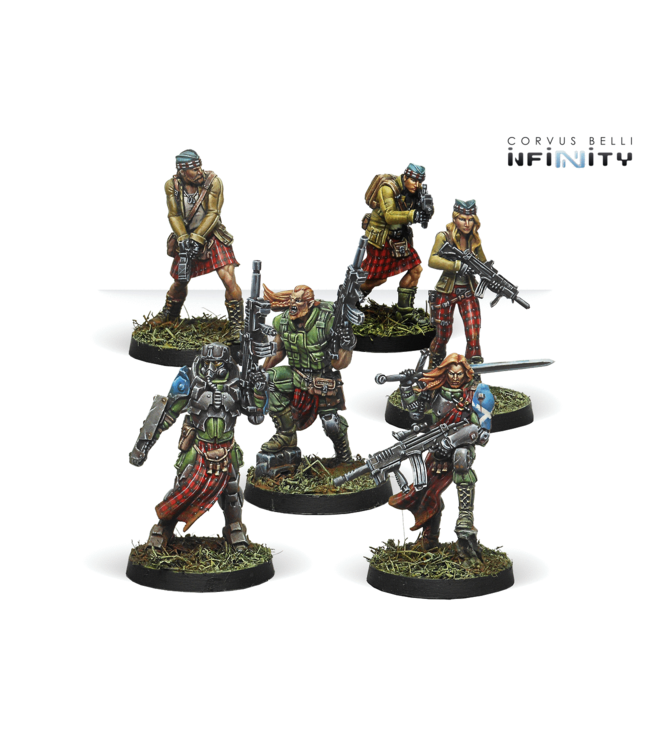 Years of constant hostilities between the different clans have forged a race of natural-born warriors amongst the inhabitants of the Caledonian lands. People of the clans know, even as children, that they must always be ready to defend their clan, which is their family, their lands, their resources and their honor.
Each and every Caledonian is a true Highlander. Even those with a more urban and civilized appearance have the furious heart of a mountain warrior deep inside. When the bagpipes sound with war songs, no Caledonian can refuse the call. As their parents taught them, and despite the price they may pay, they are Highlanders and must fight for clan and family.
The Caledonian Army is a furious horde, unstoppable and uncontrollable. An army of past, violent days, when it was “All or Nothing” and blood flowed in rivers. An army composed of aggressive and dangerous troops, hardened by their blood and a whole life spent fighting, with an enemy always at the edge of their swords. Troops that fight until the end, for their pride and their honor, to avoid being enslaved by foreigners and to die standing. The Caledonian Highlanders are the worst enemy you can face on the battlefield.

This Starter Pack is a totally new re-sculpt of the previously released version that it will replace..