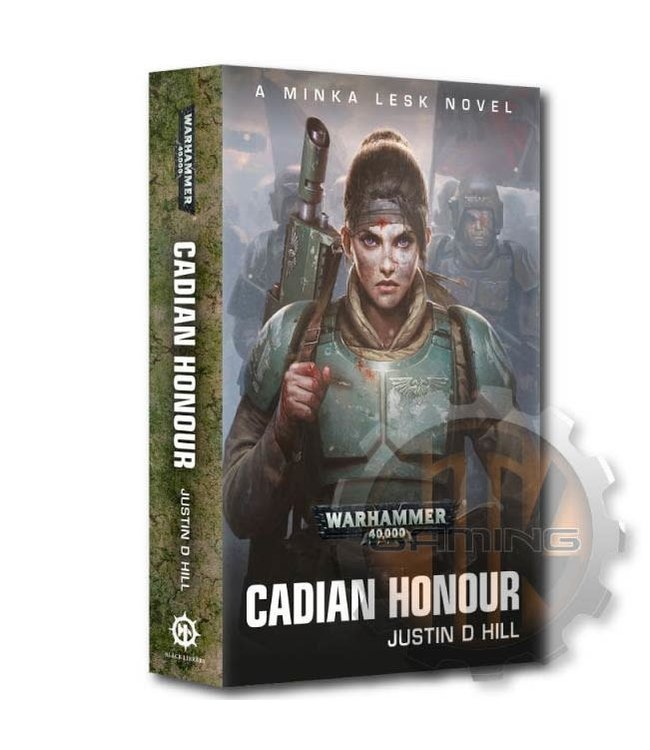 Book 1 of the Cadian series Sent to the capital world of Potence, Sergeant Minka Lesk and the Cadian 101st discover that though Cadia may have fallen, their duty continues.READ IT BECAUSE It's the follow-up to Cadia Stands and continues the journey of Minka Lesk and her warriors as they seek revenge against the Imperium's enemies for the loss of their world.THE STORY For ten thousand years, Cadia stood as a bastion against the daemonic tide spewing forth from the Eye of Terror. But now the Fortress World lies in ruins, its armies decimated in the wake of Abaddon the Despoiler and his Thirteenth Black Crusade. Those who survived, though haunted by the loss of their beloved homeworld, remain bloodied and unbarred, fighting ruthlessly in the Emperor’s name. Amongst them is the indomitable Sergeant Minka Lesk. Sent to the capital world of Potence, Lesk and the Cadian 101st company soon discover that a rot runs through the very heart of the seemingly peaceful world. Lesk knows she must excise this taint of Chaos, for it is not only her life and those of her company at stake, but also the honour of Cadia itself. Written by Justin D Hill