Home/Agents Of The Imperium (Audiobook) 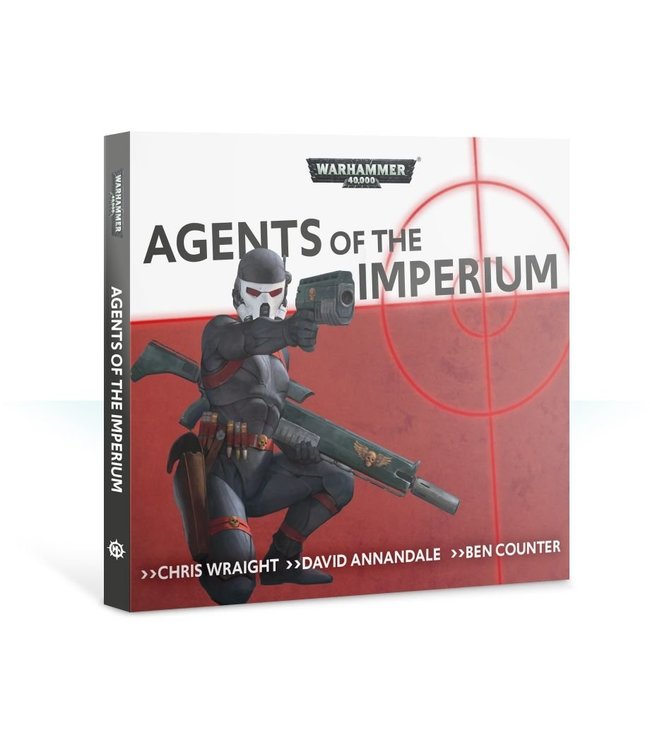 A Warhammer 40,000 audio drama anthology Across the Imperium, many heroes serve mankind in their own ways. Assassins, soldiers, inquisitors – each does their duty, but in the grim darkness of the far future, that may not be enough to save their souls…LISTEN TO IT BECAUSE This collection of three audio dramas sheds light on the various ways that mankind is kept safe by its defenders and protectors, and shows that even the most valiant of heroes is vulnerable to the darkness of the galaxy.DESCRIPTION In the sprawling Imperium of Mankind, everyone serves the Emperor in their own way. From the inquisitors who hunt the hidden enemies of humanity in the dark places of the galaxy to the brave soldiers who stand on the front line, and the Imperial Assassins who can change the tides of war with a single shot, each has a part to play in preserving the Imperium. In this audio anthology, three of these disparate heroes are put to the test, each facing a personal crisis that will see them either fall to darkness, or rise to continue doing their duty in the Emperor's name.CONTENTSJudge of the Wastes by David AnnandaleKill Shot by Ben CounterThe Interrogation of Salvor Lermentov by Chris Wraight Total running time 66 minutes. Performed by Tom Alexander, John Banks, Cliff Chapman, Emma Gregory, Matthew Hunt, Deeivya Meir, David Seddon and Joe Shire

Agents Of The Imperium (Audiobook)