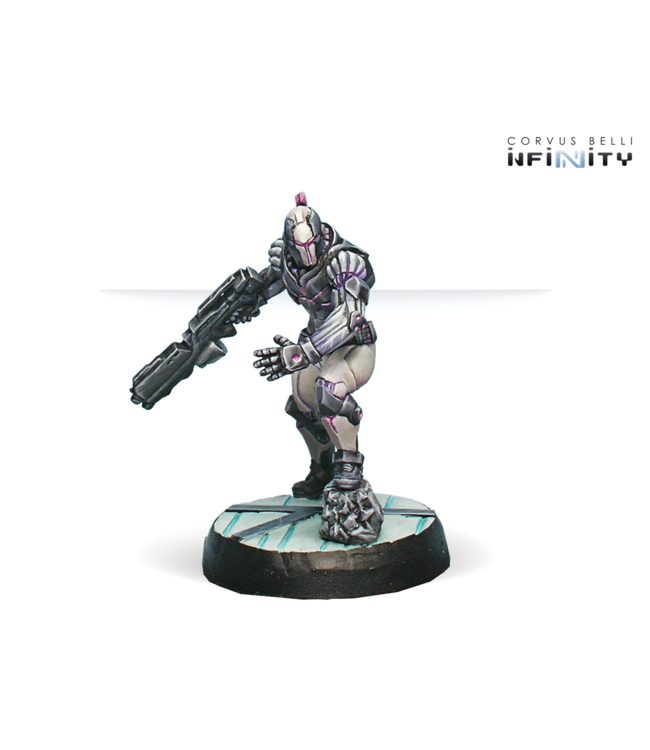 Excerpt of the harangue of Achilles to his Myrmidons before the battle of Havburg, Campaign for Paradiso.
“Zeus soter kai Niké” (Zeus saviour and Victory!) Myrmidon’s war cry.
The Myrmidons are ALEPH’s elite storm troops, and the spearhead of its efforts against the EI. They use Lhosts specially designed to accompany Achilles in combat. Their reputation is on a par with their leader’s and the influence he has over these tough and aggressive veteran soldiers is legendary. No man in history has ever had such loyal followers guarding his back. The Myrmidons are an extension of Achilles, and share some of his personality traits, like an excessive lust for violence and ‘at-any-cost’ actions. To them, each new combat must be the bloodiest of all, exceeding all that went before. The Myrmidons are sent by ALEPH to where fury and impetuosity can win if cold logic is insufficient. Like the old Thessalian Myrmidons of Greek mythology, their armor is painted in dark colors, conferring the look of a soldier ant. Fierce and dangerous, the Myrmidons are cruel and formidable warriors. Despite their savagery, they are considered the best assault infantry in the Sphere. There is no possible comparison to their efficiency and no adversary able to resist force as overwhelming as theirs. All their enemies fall, devastated by the infernal whirlwind of the Myrmidons, charging like a furious roaring wave of steel and death.