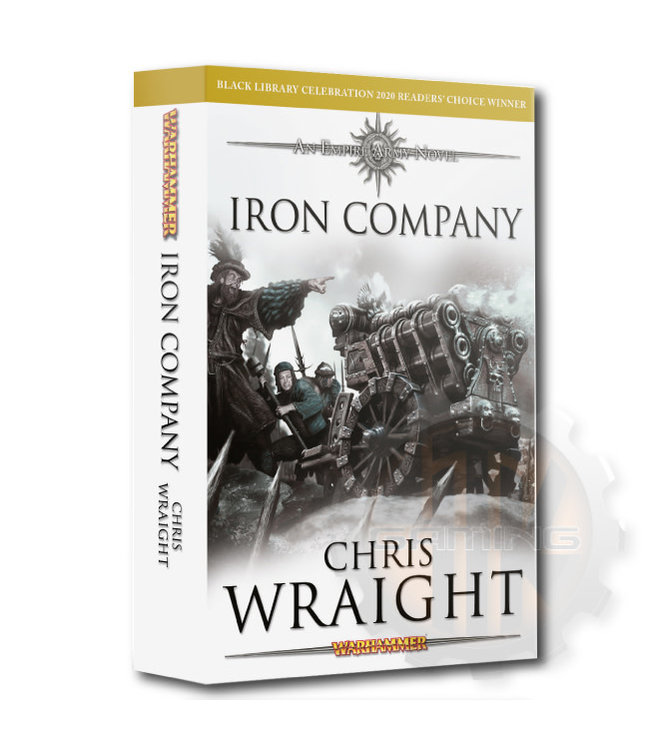 A classic Empire novel returns!
Written by Chris Wraight
Chosen by YOU to get a new paperback edition Read more..

Warhammer Chronicles Reader's Choice Winner 2020 A retired engineer is called back into duty to battle secessionist forces. Outnumbered and outgunned, can his genius help the Imperial forces win the day?READ IT BECAUSE Revisit one of Chris Wraight's earliest novels, chosen by you to return to print as part of Reader's Choice. It's a tale of honour and betrayal from the world-that-was that showcases the heroism of man in a world of horrors.THE STORY When retired engineer Magnus Ironblood is tempted into one more campaign, he finds himself working alongside some unlikely allies. Sent as part of an Imperial force to bring to heel the secessionist forces of Countess von Kleister, this rag-tag army finds themselves outgunned. Digging deep into their reserves of courage and ingenuity they must fight the enemy forces with everything they have. But will it be enough to succeed where other have failed? Written by Chris Wraight

A classic Empire novel returns!
Written by Chris Wraight
Chosen by YOU to get a new paperback edit..