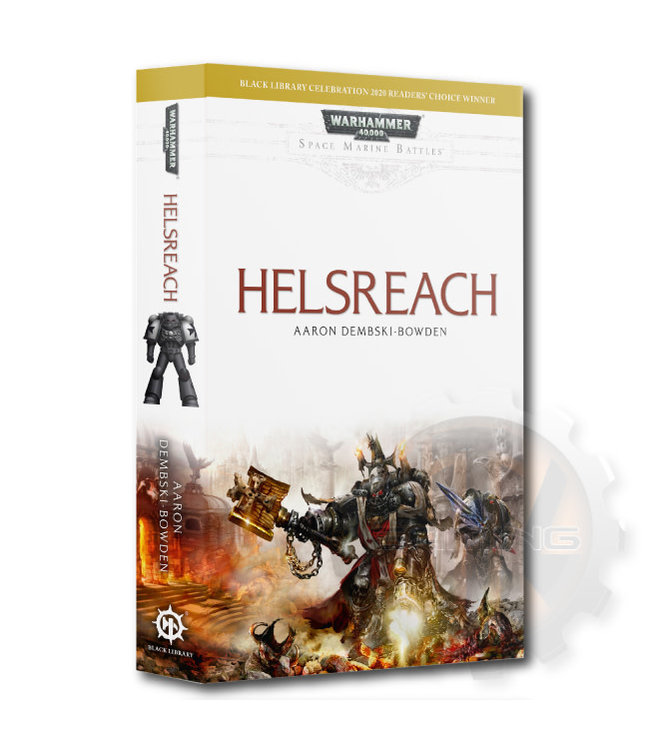 A classic Space Marine Battles novel returns!
Written by Aaron Dembski-Bowden
Chosen by YOU to get a new paperback edition Read more..

A Space Marine Battles novel On the world of Armageddon, Black Templars Chaplain Grimaldus must hold a city together in the face of an overwhelming alien horde – and his own doubts about his leadership.READ IT BECAUSE This book was chosen by you to get a new paperback edition as part of the Reader's Choice – and rightly so! It's a losing battle to save a city from a never-ending tide of orks, but the Black Templars refuse to give in, no matter the odds. And Chaplain Grimaldus proves why he's right for the job by inspiring everyone around him – human and Space Marine – to the point where they might just win the impossible war.THE STORY When the world of Armageddon is attacked by orks, the Black Templars Space Marine Chapter are amongst those sent to liberate it. Chaplain Grimaldus and a band of Black Templars are charged with the defence of Hive Helsreach from the xenos invaders in one of the many battlezones. But as the orks numbers grow and the Space Marines dwindle, Grimaldus faces a desperate last stand in an Imperial temple. Determined to sell their lives dearly, will the Black Templars hold on long enough to be reinforced, or will their sacrifice ultimately be in vain? Written by Aaron Dembski-Bowden

A classic Space Marine Battles novel returns!
Written by Aaron Dembski-Bowden
Chosen by YOU to get..