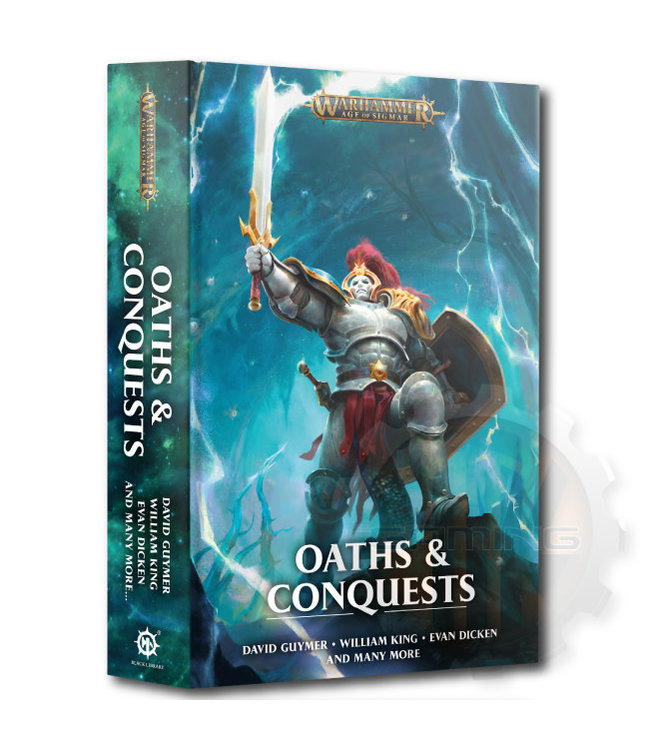 A Warhammer Age of Sigmar anthology War rages in the Mortal Realms. The heroes of Order stand against the darkness of Chaos, the fury of Destruction and the sinister chill of Death in thirteen tales that lay bare the oaths of the righteous and the conquests of the damned.READ IT BECAUSE Cross the Mortal Realms and discover tales of the sinister skaven, bold Kharadron Overlords, daring Fyreslayers and many more of your favourite factions from Warhammer Age of Sigmar.DESCRIPTION The Mortal Realms are burning. The hope brought by Sigmar’s storm is now nothing more than a dwindling light against the darkness of Chaos, as mighty warlords rise to prominence and teeming hordes of ratmen and greenskins threaten to topple civilisation altogether. Stormcast and mortal alike take up arms in defence of the bastions of Order, united in their hatred of Chaos. But every warrior killed in battle strengthens the legions of Nagash, which march relentlessly in their crusade against the living. This Age of Sigmar anthology includes thirteen tales concerning the oaths of the righteous, and the conquests of the damned. By William King, David Guymer, Anna Stephens, Robert Rath, Dale Lucas and many more…CONTENTSThe Fist of an Angry God by William KingThe Garden of Mortal Delights by Robert RathShriekstone by Evan DickenThe Serpent's Bargain by Jamie CrisalliA Tithe of Bone by Michael R FletcherBeneath the Rust by Graeme LyonThe Unlamented Archpustulent of Clan Morbidus by David GuymerThe Siege of Greenspire by Anna StephensGhosts of Khaphtar by Miles A DrakeBossgrot by Eric GregoryAshes of Grimnir by Michael J HollowsBlessed Oblivion by Dale LucasBlood of the Flayer by Richard Strachan

A Warhammer Age of Sigmar anthology
Features 13 stories from the Mortal Realms
Authors include Wil..