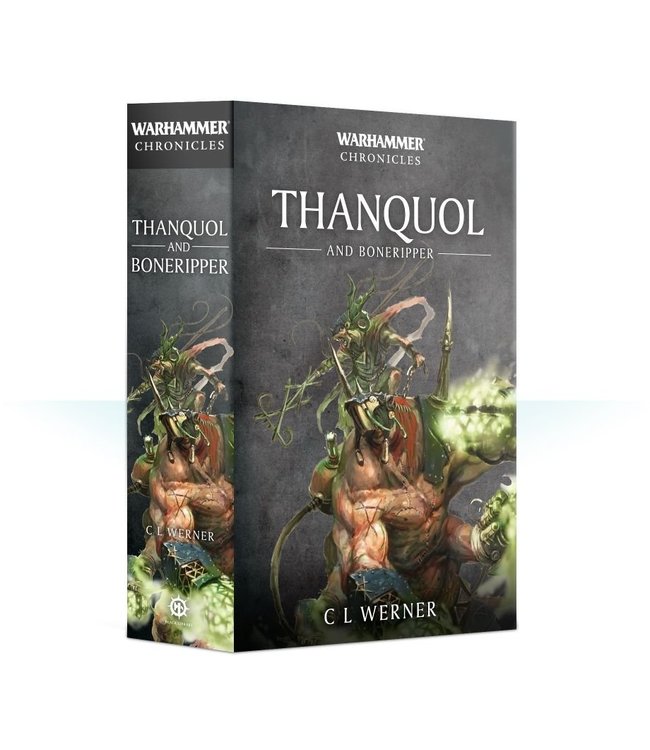 A Warhammer Chronicles omnibus Grey Seer Thanquol is many things – nemesis to Gotrek Gurnisson, all-powerful sorcerer, prophet of the Horned Rat… if you believe him, that is. He's also the mastermind behind countless nefarious schemes, three of which are detailed in the novels within this omnibus.READ IT BECAUSE "Read-read man-things, behold the glory of Thanquol! See my greatest victories, all the steps towards my ascension to greatest of all the Grey Seers!" – ThanquolDESCRIPTION Grey Seer Thanquol is without a doubt (in his mind) the greatest nemesis of the Slayer, Gotrek Gurnisson and his companion Felix Jaeger. He, and his stalwart Rat Ogre bodyguard, Boneripper, have engaged in innumerable nefarious schemes and adventures across the World-That-Was, including claiming the deadly artefact known only as Wormstone to poison the city of Altdorf, the assassination of the Prophet of Sotek in a foreign land of giant lizards and endless jungle, leading an army against the dwarfs of Karak Angkul and unintentionally finding themselves body-swapped. Will Thanquol find victory at long last, or will the incompetence of his underlings hold him back yet again? Find out in this omnibus of three novels and two short stories exploring the greatest triumphs of the Grey Seer. Written by C L WernerCONTENTS Grey Seer Temple of the Serpent Thanquol’s Doom Mind-Stealer Thanquol Triumphant