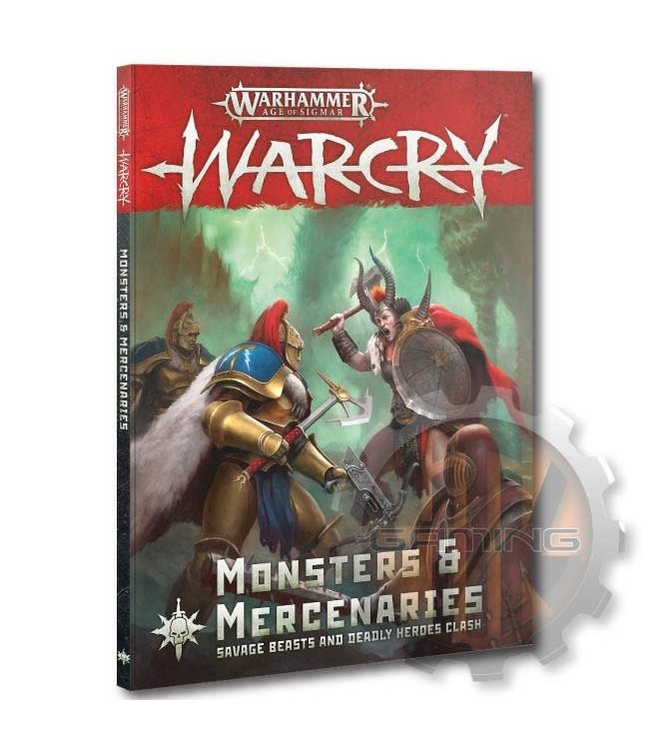 an expansion for Warcry that gives you even more choice when building your warband. In this book, you'll find loads of new content for every warband. Read more..

Fight deadly challenge battles in your campaigns to master the might of Chimeras, Ghorgons and other towering terrors, master new fated quests or recruit a number of mercenary champions to your warband, each with new abilities to give you the edge in your skirmish battles.

- Fated Quests – new campaign quests that can be undertaken by any warband offering powerful new rewards
- Challenge Battles – a new type of battle that pits your warband against particularly deadly foes in search of glory and allies
- Thralls and Monsters – rules for adding 11 new monsters to your warband including Chaotic Beasts (Razorgor, Chaos Spawn, Chaos Warhound), the Chaos Gargant, Ghorgons, Cygors, Skitterstrand Arachnaroks, War Hydras, Kharibdysses, Terrorgheists and even Zombie Dragons
- Allies – rules for a new type of fighter called an Ally plus tables letting you know which you can add to your warband, with fifty deadly new fighters drawn from a variety of Warhammer Age of Sigmar armies

Please note - you'll need a copy of the Warcry Core Book to use this expansion.

an expansion for Warcry that gives you even more choice when building your warband. In this book, yo..