Home/W/Galaxies: Attack Of The Necron (Audio) 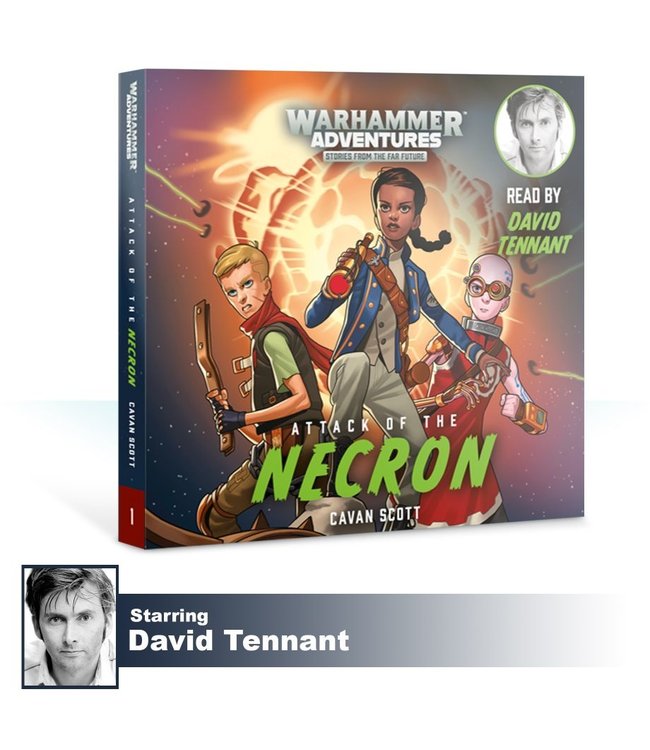 Warhammer Adventures: Warped Galaxies Book 1 A new adventure begins in the far future! When her world is attacked by Necrons, Zelia Lor and a rag-tag group of survivors must fight to escape and reach the mysterious Emperor's Seat.LISTEN TO IT BECAUSE It's a brand-new and exciting way to experience the 41st Millennium – and it's designed to be the perfect starting point for younger listeners. Listen to it with your children to introduce them to your favourite universe!THE STORY On the hive world of Targian, Zelia Lor helps her mother search for ancient tech, digging up treasures of the past on the wind-blown plains. They are happy. They are safe. All that changes when the Necrons attack. Without warning, a host of robotic ships appear in the skies above Targian and rip the planet apart. Separated from her mother, Zelia must escape the doomed world, her only hope a scrambled transmission promising safety at a mysterious place known only as the Emperor’s Seat. Launched in an escape pod, she crashes on an icy wasteland far, far from home. But Zelia is not alone. She is joined by a rag-tag group of survivors – the street-tough juve Talen, gadget-obsessed Martian boy Mekki and super-intelligent alien-ape, Fleapit. Written by Cavan Scott Running time 2 hours and 45 minutes. Read by David Tennant.

W/Galaxies: Attack Of The Necron (Audio)