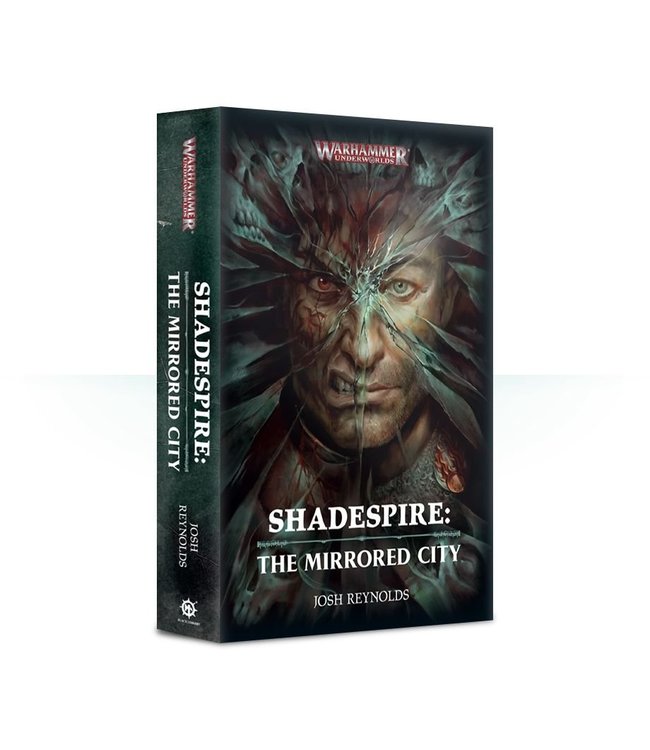 A Warhammer Underworlds novel Amidst the ruins of the once-great Mirrored City, cursed by Nagash himself, ex-freeguild soldier Seguin Rayner and his allies seek secrets – but even if they retrieve them, can they ever escape Shadespire?READ IT BECAUSE It's a whole novel exploring the treacherous streets and mysterious curse of the City of Mirrors – and it's by Josh Reynolds, so you know it's going to be packed with fascinating characters and awesome battles.THE STORY Shadespire. Throughout the Realm of Death, the name is but a tremble upon the lips of fools who utter it. Once a glittering metropolis, its soaring towers and palaces of glass pierced the funereal skies of the underworld, a bold testament to mortal enterprise. Now all that remains of the city is its withered husk, and those who speak of it do so at their peril. For it is a place of damnation – a shadow in the desert that echoes with the howl of wretched souls. Doomed to wander this endless purgatory are the citizens of Shadespire, a punishment for their crime against the God of Death himself. Such was the severity of their offence that Nagash’s curse was one of cruel and twisted artistry and all that was once glorified about the city has become a perverse reflection of itself. In streets swathed in fog lurk every horror of death’s creation, and a darkness has settled within every heart. But there are still those who will brave its ruins. Ex-Freeguild soldier, Seguin Reynar, ventures forth in search of his fortune and he is not alone. Whilst Sigmar’s heroes seek to unsnarl this labyrinthine nightmare, hordes of Chaos revel in its madness. But whether compelled by duty or the lure of ancient treasure, the same fate is promised to all. This is a hell of madmen and monsters, and for those who dare enter, there is no turning back. Written by Josh Reynolds