Home/Sister of Battle: The Omnibus 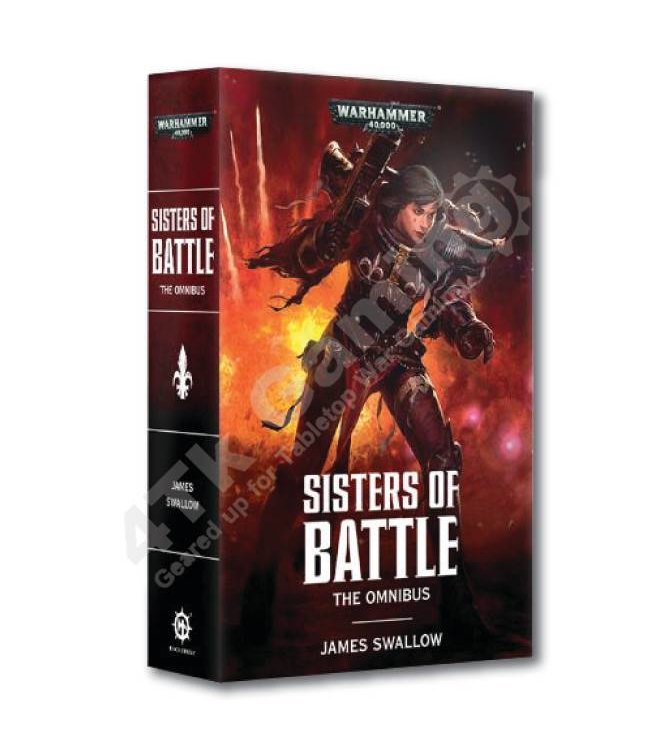 A Warhammer 40,000 omnibus
Adepta Sororitas Sister Miriya and her comrades hunt renegade psykers, battle the ancient might of the necrons and investigate a world newly discovered by the Imperium in three tales of the Sisters of Battle by James Swallow. Read more..

READ IT BECAUSE
The Sisters of Battle are a perenially popular part of the Warhammer 40,000 universe, and these classic stories – plus a brand new addition – showcase them doing what they do best – hunting heretics and safeguarding the spiritual welfare of the Imperium.

DESCRIPTION
The Adepta Soroitas, or Sisters of Battle, are the military arm of the Ecclesiarchy, and their remit is to prosecute the enemies of mankind with extreme prejudice. Uniquely among the fighting forces of the Imperium, all the warriors of this organisation are female. Clad in ceramite power armour and armed with and awesome array of wargear, they fight with fanatical fervour for the glory of the Emperor, scourging both xenos and heretic alike with bolter and flamer. This omnibus collects together James Swallow's two classic Sisters of Battle novels, 'Faith & Fire' and 'Hammer & Anvil', along with the prose version of the audio drama 'Red & Black' and a new short story 'Heart & Soul', both available in print for the first time..

Sister of Battle: The Omnibus