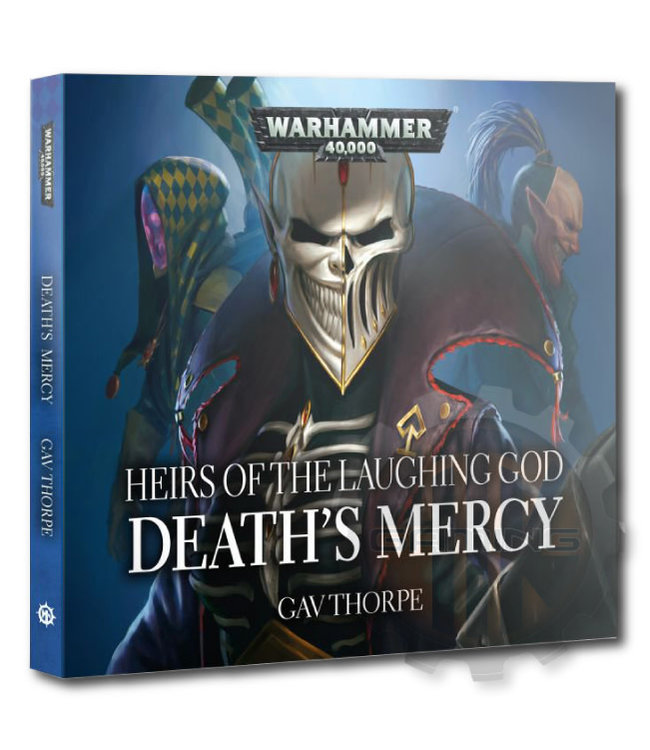 An Aeldari audio drama The Harlequins of the Masque of the Fading Dawn bring their deadly artistry to bear on a force of humans – but their Death Jester has another agenda that puts their performance into question.LISTEN TO IT BECAUSE Gav Thorpe continues his exploration of the Harlequins and their myths and legends in an audio drama that focuses on the sinister Death Jester.THE STORY Following the whim of the Laughing God, the Masque of the Fading Dawn conduct an audacious attack against mon-keigh invaders. Battling to secure their legacy, the troupe put on a performance worthy of remembrance against a backdrop of acerbic remarks from their Death Jester, Adroniel. Intent on a spectacular finale, Adroniel becomes hell-bent on obliterating their unremarkable human foe with deadly artistry, until a strange encounter challenges her role in the final act… Written by Gav Thorpe Running time 58 minutes and 20 seconds. Performed by Grace Andrews, John Banks, Steve Conlin, Emma Gregory & Matthew Hunt.