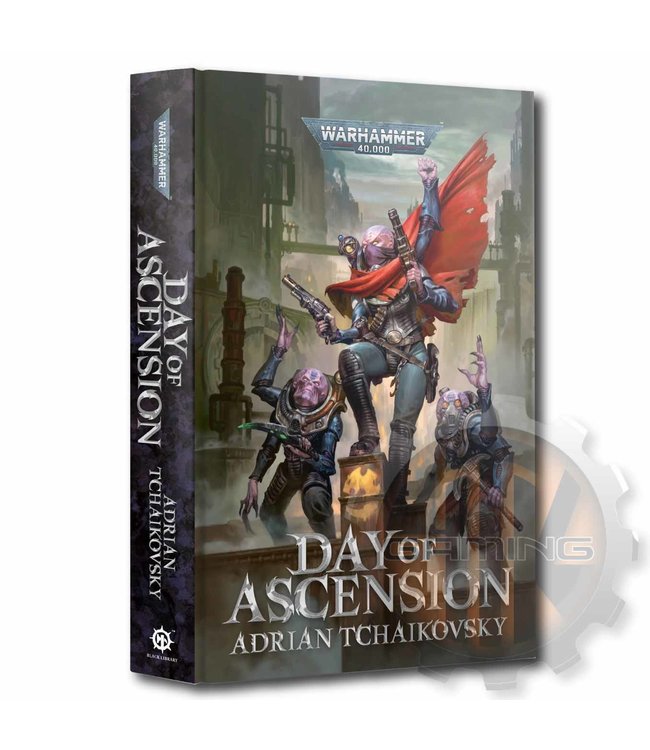 A Genestealer Cults novel by Adrian Tchaikovsky
A labourers’ uprising on a forge world conceals an alien menace
A tech-priest infiltrates a strange, but popular, congregation and discovers more than they bargained for Read more..

The people of forge world Morod have found a new hope against despair and toil. The long-awaited angels are close, and the cult must prepare for their coming.

READ IT BECAUSE
Acclaimed science fiction author Adrian Tchaikovsky's first full-length work for Black Library takes the form of Day of Ascension, in which the populace of the forge world of Morod grow weary of the backbreaking work and injustice of their lives. But how far will they go to achieve change?

THE STORY
On the forge world of Morod, the machines never stop and the work never ends. The population toils in the mines and factoria to protect humanity from the monsters in the void, while the Adeptus Mechanicus enjoy lives of palatial comfort.

Genetor Gammat Triskellian seeks to end this stagnant corruption. When he learns of a twisted congregation operating within the shadows, one which believes that the tech-priests are keeping people from their true salvation – a long-prophesied union with angels – he sees in them an opportunity to bring down Morod's masters and reclaim the world in the name of progress.

But sometimes, the only hope for real change lies in the coming of monsters.

A Genestealer Cults novel by Adrian Tchaikovsky
A labourers’ uprising on a forge world conceals a..