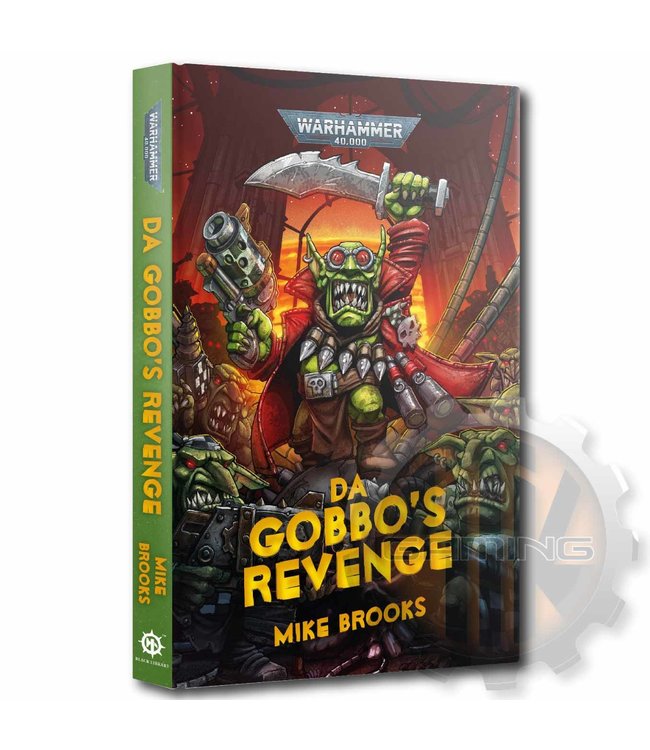 The lowliest of ork society throws off the yoke of oppression
An orks novella by Mike Brooks
Fingwit, a simple grot that’s pushed over the edge, rises up to become a legendary leader of his people Read more..

An origin story unlike any other, Da Gobbo’s Revenge plumbs the very depths of the ork psyche to show you just what happens when you kick the wrong grot one too many times.

READ IT BECAUSE
Mike Brooks proves once again he’s the master of ork kultur. You’ll witness the rise of one of the most enduring and, dare we say it, lovable legends in all of orkdom.

THE STORY
Fingwit is a grot.

Food, riches, prestige, some form of personal safety – all of these are alien concepts to him, stuck firmly as he is at the bottom of the high, kunnin', and brutally violent heap that constitutes ork society, where to be a grot is to suffer endless torment.

However, when the Mek whom Fingwit unwillingly serves leads him and his fellow grots in a boarding action of an Imperial vessel as part of a vast void war, Fingwit is presented with an opportunity to become not just a hero but a legend... Da Red Gobbo.

The lowliest of ork society throws off the yoke of oppression
An orks novella by Mike Brooks
Fingw..