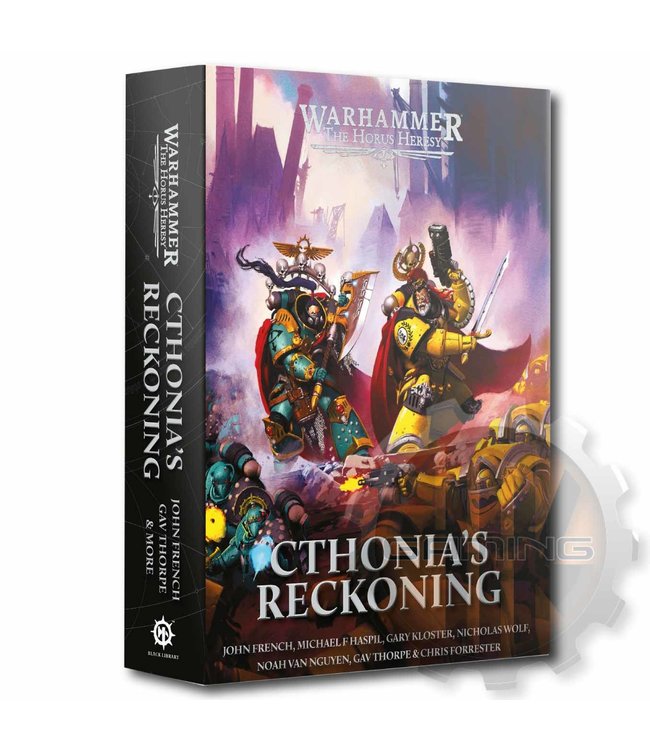 In the final years of the Horus Heresy, all eyes were on the Siege of Terra. But out in the vast darkness of space, war raged over a thousand other worlds – including the home world of the Sons of Horus, Cthonia.

Witness the bitter, spiteful struggle between the Imperial Fists and the Sons of Horus over the Warmaster's home planet of Cthonia, in seven stories from a variety of authors.

After seven long years of conflict, the Horus Heresy nears its end. But now, as the Warmaster Horus marches on Terra to rip his father from the Throne, the seat of the arch-traitor’s power lies empty. Cthonia, a world once dominated by brutal murder-gangs, is occupied by the Emperor’s praetorians – the indomitable Imperial Fists. For the Sons of Horus, this outrage demands a reckoning. From the towering heights of Traitor’s Gate, stronghold of the VII Legion, to the unending warrens in the planet’s crust, the two sides slaughter one another without remorse. It is a war of spite, and only the most ruthless will rise to claim Cthonia.

A Horus Heresy anthology
Seven stories covering the war for Horus' home world in the final days of ..