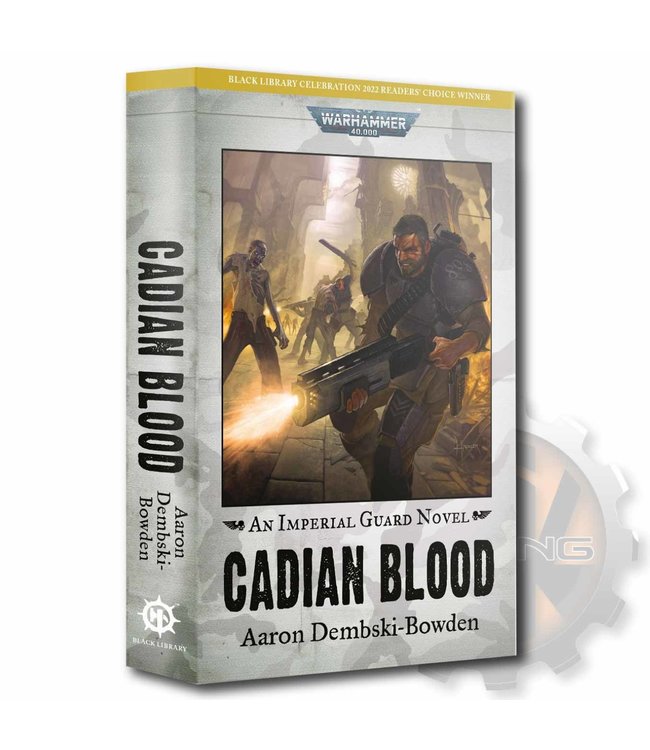 When the Imperial shrine world of Kathur is blighted by Chaos, the brave Guardsmen of Cadia are sent to reclaim it, only to find themselves faced with an infected legion of the walking dead.

READ IT BECAUSE
Aaron Dembski-Bowden's first novel, Cadian Blood is a Black Library classic, pitting a force of plucky Guardsmen from Cadia against a zombie apocalypse.

When the Imperial shrine world of Kathur is blighted by Chaos, the brave Guardsmen of the Cadian 88th are sent to reclaim it. The plague of Nurgle has set in deeply on the planet, forcing the Cadians into battle with an innumerable legion of the infected. In the midst of this hopeless struggle, Captain Parmenion Thade is thrust into an unlikely commanding role – yet he cannot imagine what lies ahead on Kathur, and just how important the fate of this world will become.

An Astra Militarum novel
Can Cadia survive an attack by Nurgle's infected undead?
The Black Librar..