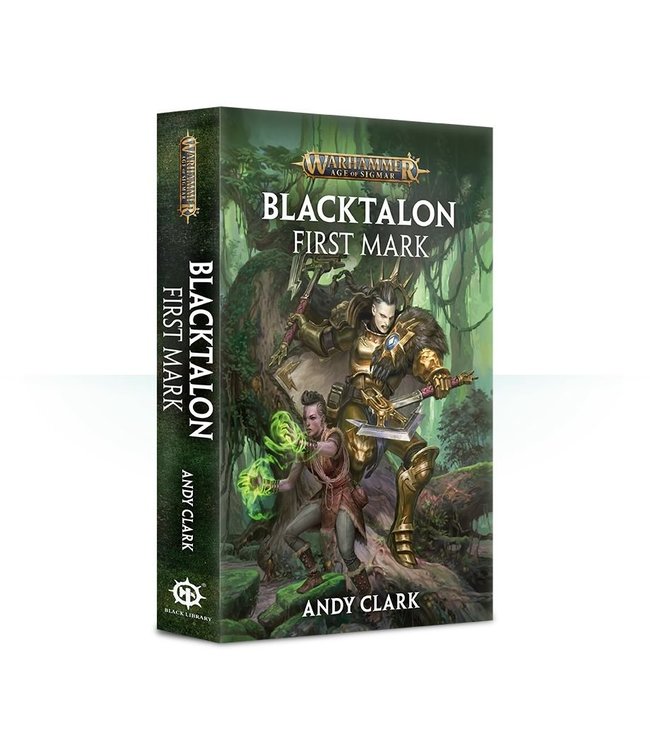 The first novel to star Knight-Zephyros Neave Blacktalon
Written by Andy Clark, author of 'Labyrinth of the Lost'
Explores the perilous jungles of Aqshy Read more..

A Warhammer Age of Sigmar novel As Knight-Zephyros Neave Blacktalon hunts a powerful Tzeentch sorcerer in the jungles of Aqshy, she suffers terrible visions that suggest her very spirit has been tainted…READ IT BECAUSE It's an in-depth look at a fascinating character, and at the resolve and spiritual strength of the Stormcast Eternals.THE STORY In the perilous jungles just north of the great city of Hammerhal Aqsha, Chaos reigns. There, a powerful Tzeentchian wizard grows in disciples and in might as his maledictions leach all that is good from the land. It is Neave Blacktalon, first of Sigmar’s Knights-Zephyros, who must vanquish this foe. Yet the huntress soon realizes that even the glow of the Twin-Tailed City cannot protect her from the darkness. Blighted by terrible visions, she fears that her very spirit has been tainted. Blacktalon must choose whether to abandon her duty in the quest for a cure, or face the fearsome judgement of the Sacrosanct Chamber. Written by Andy Clark