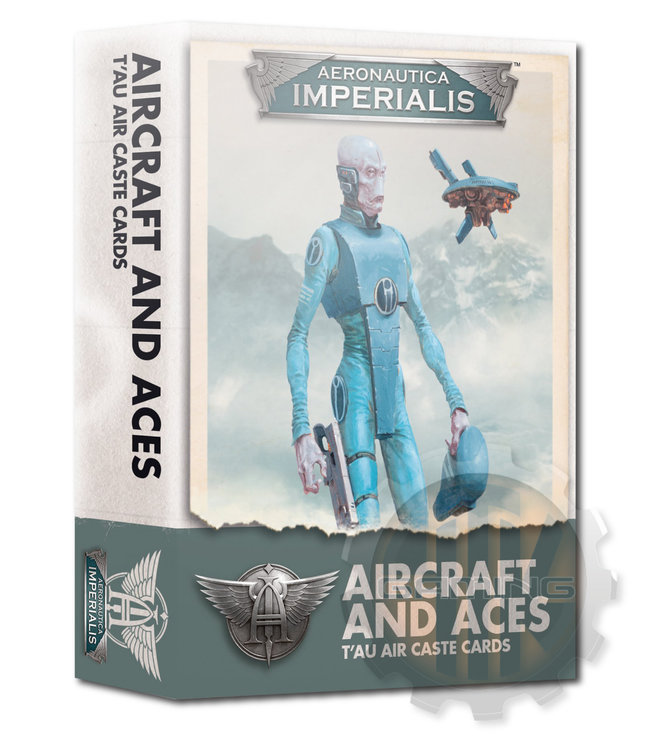 A pack of reference cards for use with Aeronautica Imperialis
Contains 86 T’au Air Caste cards
Keep track of your aircraft, single-use weapons and upgrades Read more..

Keep track of your T'au Air Caste aircraft, plus their weapons and upgrades, with this handy reference card pack.

This pack contains the following cards:

You’ll need a copy of the Aeronautica lmperialis: Skies of Fire boxed set or the Taros Air War Campaign book to use the contents of this card pack.

A pack of reference cards for use with Aeronautica Imperialis
Contains 86 T’au Air Caste cards
K..