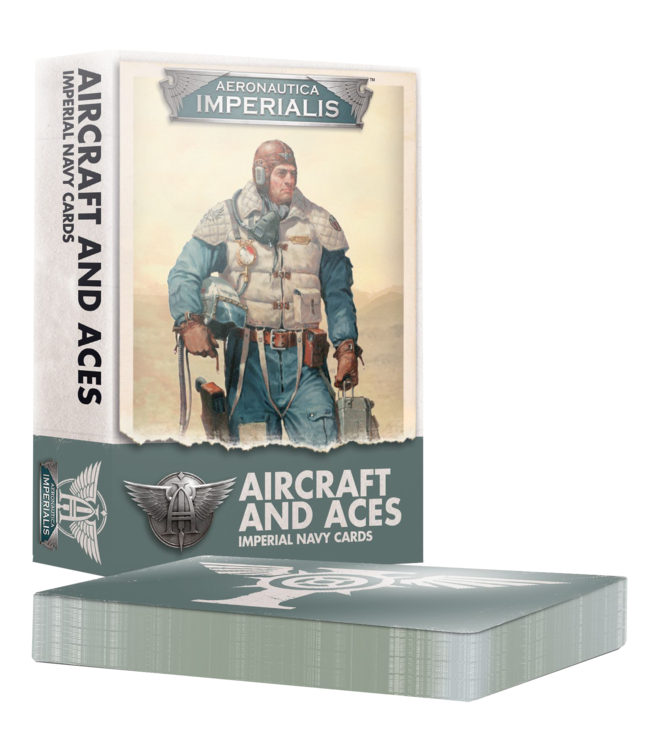 A pack of reference cards for use in games of Aeronautica Imperialis
Contains 94 Imperial Navy cards Read more..

Keep track of your Imperial Navy aircraft and their upgrades with this handy reference card pack.

This pack contains the following cards:

You will need a copy of the Aeronautica lmperialis: Wings of Vengeance boxed set or the Rynn's

A pack of reference cards for use in games of Aeronautica Imperialis
Contains 94 Imperial Navy card..