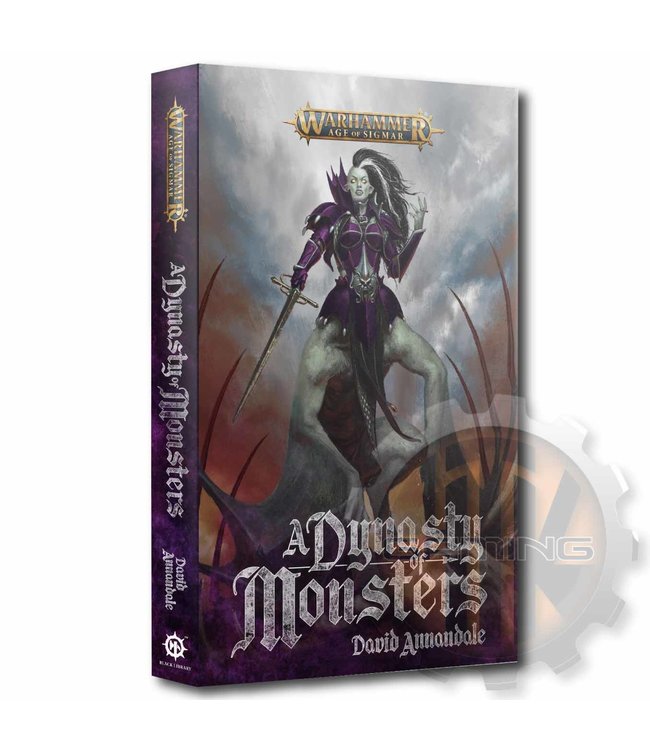 A tale of the Soulblight Gravelords
Written by horror master David Annandale
Discover the Mother of Nightmares and her monstrous dynasty Read more..

A Warhammer Age of Sigmar Novel

War makes for strange alliances - and so it is for the free city of the Colonnade, which must turn to the Mother of Nightmares and her monstrous dynasty to defend themselves against the hordes of Chaos.

READ IT BECAUSE
Get some insight into the monstrous vampire queen Lauka Vai, and her terrifying dynasty of bloodthirsty killers.

THE STORY
Colonnade is the jewel of Ghur, a free city held aloft by gargantuan pillars and crowned with a spire of diamonds. Obsessed with purity in a realm of animal savagery, the Colonnade now faces annihilation at the hands of an unstoppable beastherd. In a desperate gamble, Councillor Atella Reigehren requests the aid of a being anathema to everything the city holds dear - Lauka Vai, the Mother of Nightmares, and her dynasty of Avengorii monsters.

The crucible of war has thrown these factions together, but can they put their differences aside to face this common foe, or will the clash of purity and monstrosity prove to be their undoing?

A Dynasty Of Monsters (PB)

A tale of the Soulblight Gravelords
Written by horror master David Annandale
Discover the Mother o..